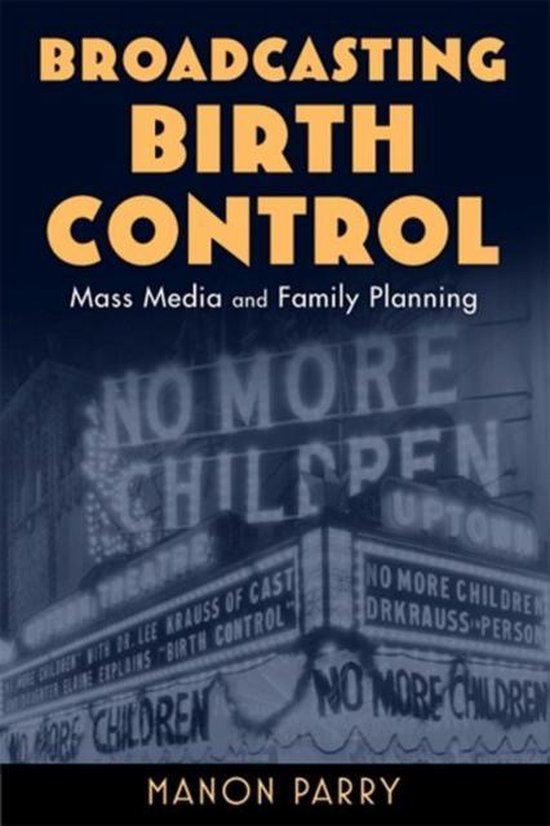 Traditionally, the history of the birth control movement has been told through the accounts of the leaders, organisations, and legislation that shaped the campaign. Recently, historians have begun examining the cultural work of printed media, including newspapers, magazines, and even novels in fostering support for the cause. Broadcasting Birth Control builds on this new scholarship to explore the films and radio and television broadcasts developed by twentieth-century birth control advocates to promote family planning at home in the United States, and in the expanding international arena of population control. Mass media, Manon Parry contends, was critical to the birth control movement's attempts to build support and later to publicize the idea of fertility control and the availability of contraceptive services in the United States and around the world. Though these public efforts in advertising and education were undertaken initially by leading advocates, including Margaret Sanger, increasingly a growing class of public communications experts took on the role, mimicking the efforts of commercial advertisers to promote health and contraception in short plays, cartoons, films, and soap operas. In this way, they made a private subject-fertility control-appropriate for public discussion. Parry examines these trends to shed light on the contested nature of the motivations of birth control advocates. Acknowledging that supporters of contraception were not always motivated by the best interests of individual women, Parry concludes that family planning advocates were nonetheless convinced of women's desire for contraception and highly aware of the ethical issues involved in the use of the media to inform and persuade.