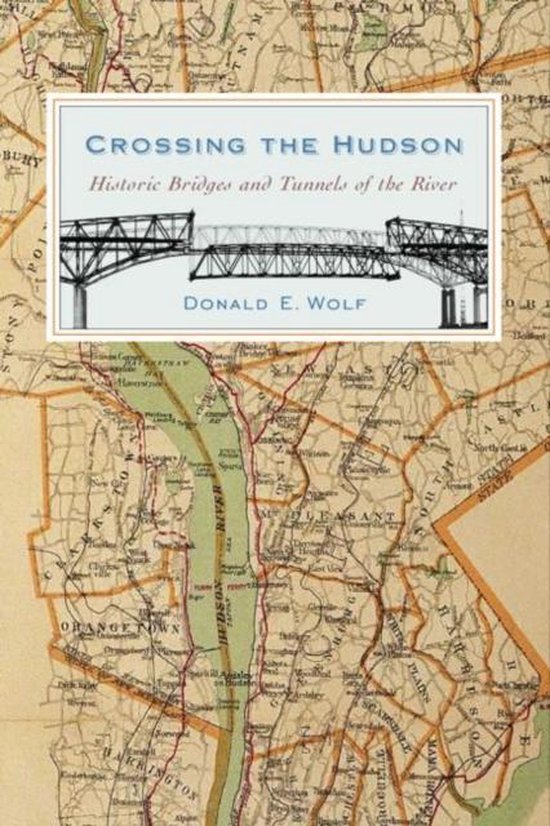 This title focuese on construction feats across the Hudson - technical elegance, physical beauty. Fog, tide, ice, and human error - before the American Revolution those who ventured to cross the vast Hudson Valley waterway did so on ferryboats powered by humans, animals, and even fierce winds. Before that war, not a single Hudson River bridge or tunnel had been built. It wasn't until Americans looked to the land in the fight for independence that the importance of crossing the river efficiently became a subject of serious interest, especially militarily. Later, the needs of a new transportation system became critical - when steam railroads first rolled along there was no practical way to get them across the water without bridges. Crossing the Hudson continues this story soon after the end of the war, in 1805, when the first bridge was completed. Donald E. Wolf simultaneously tracks the founding of the towns and villages along the water's edge and the development of technologies such as steam and internal combustion that demanded new ways to cross the river. As a result, innovative engineering was created to provide for these resources. From hybrid, timber arch, and truss bridges on stone piers to long-span suspension and cantilevered bridges, railroad tunnels, and improvements in iron and steel technology, the construction feats that cross the Hudson represent technical elegance and physical beauty. Crossing the Hudson reveals their often multileveled stories - a history of where, why, when, and how these structures were built; the social, political, and commercial forces that influenced decisions to erect them; the personalities of the planners and builders; the unique connection between a builder and his bridge; and, the design and construction techniques that turned mythical goals into structures of utility and beauty. Two centuries of Crossing the Hudson include...Waterford, the First Bridge; Steam and Bridge at Troy; three Railroad Bridges at Albany; the Last of the Railroad Bridges - Poughkeepsie and Castleton; the Railroad Tunnels; the Bear Mountain Bridge; the Holland and Lincoln Tunnels; the George Washington Bridge; the Mid-Hudson Bridge; the Rip Van Winkle Bridge; the Tappan Zee Bridge; the Kingston-Rhinecliff Bridge; the Newburgh-Beacon Bridges; and, more.