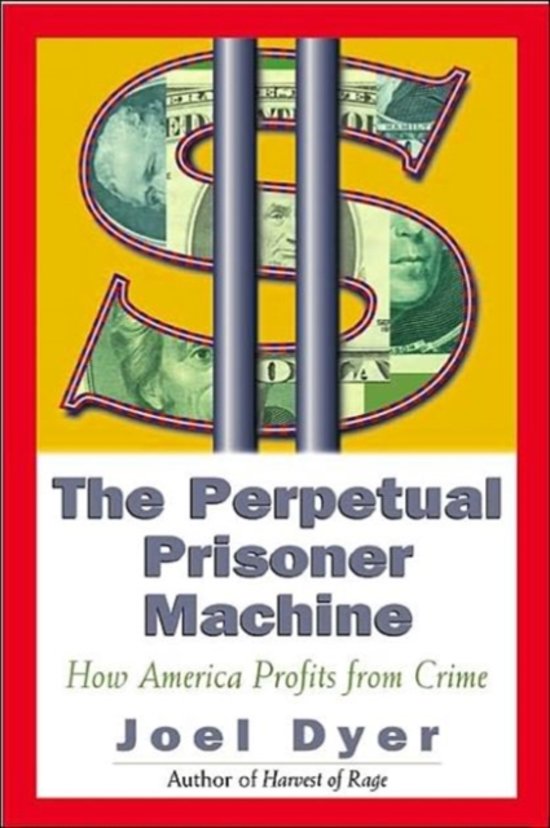 In The Perpetual Prisoner Machine, author Joel Dyer takes a critical look at the United States’ criminal justice system as we enter the new millennium. America has more than tripled its prison population since 1980 even though crime rates have been either flat or declining. The U.S. now incarcerates nearly two million people in its prisons and jails on any given day and over five million of its citizens are currently under some form of justice department supervision. These facts raise an obvious question: If crime rates aren’t going up, why is the prison population? The Perpetual Prisoner Machine provides the answer to this question and, shockingly, it has little to do with crime or justice. The answer is ?profit.”In the 1990s, through their mutual and pension funds, millions of American investors are now unwittingly profiting from crime. As a result of America’s controversial push towards the privatization of its justice system, a growing number of well-known and politically influential U.S. Corporations?and subsequently their shareholders?are now cashing in on a prison trade whose profit potential is tied directly to the growth of the prison population. A disturbing realization, when you consider the influence that these same multi-national companies now have over our government’s policy-making process by way of their lobbyists and their ability to fill campaign coffers.The Perpetual Prisoner Machine explains how the new prison-industrial complex has capitalized upon the public’s fear of crime?which has its origins in violent media content?to help bring about the ?hard on crime” policies that have led to our prison-filling, and therefore profitable, ?war on crime.” In addition to a quest for profits, Dyer describes an astounding chain of events including media consolidation and globalization, advances in communication technology, and the increasing political dependence upon public opinion polls and campaign funding that have led to the creation of what the author calls ?the perpetual prisoner machine,” a mechanism designed to suck the funds from social programs that diminish the crime-enhancing power of poverty and spit them into the bank accounts of those who own stock in the prison-industrial complex.Dyer concludes that powerful, market-driven forces have manipulated America into fighting a very real war against an imaginary foe. ?Unfortunately,” says Dyer, ?real wars have real casualties. And in this case, the victims are America’s poor, particularly those segments of our black and Hispanic population who live in poverty and who now comprise the vast majority of the new human commodity.”