Commentary on the Epistle to the Romans, Books 1-5 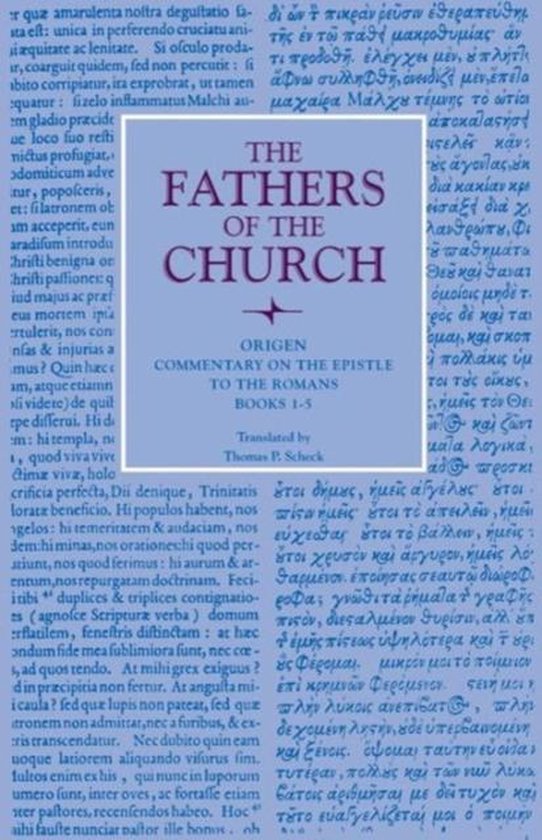 Origen of Alexandria's Commentary on the Epistle to the Romans is the oldest extant commentary on Romans (ca. 246). This volume presents the first English translation of the commentary, covering his exegesis of Rom 1:1 to 6:11. One of his longest and most mature works, it is the only commentary of Origen available in a coherent form from beginning to end. The work was originally composed in Greek in Caesarea, but only fragments of the archetype have survived. Fortunately, Origen's admirer Rufinus of Aquileia translated the work into Latin (ca. 406). Origen's exegesis predates the controversy between Augustine and Pelagius by 170 years; thus it offers a striking perspective on Romans. Opposition to Gnostic interpretations of Paul is an important characteristic of the commentary. Above all Origen defends the Church against the doctrine of natures -the belief that all human beings are born with unalterable natures, either good or evil, and thus bound for either salvation or damnation, and that their conduct during this life cannot alter their destiny. Origen successfully refutes this teaching, showing that freedom of will always abides in rational beings. Provoked by Marcion's repudiation of the Old Testament, Origen emphasizes the harmony between Gospel and Law. He highlights as one of Paul's main themes in Romans the transfer of religion from Judaism to Christianity, from the letter to the spirit, in terms both of salvation history and of the transformation of the individual. Origen claims that the key to unlocking Romans is understanding Paul's use of homonyms-identical expressions such as law, Jew, circumcision, death, etc., with divergent meanings. Books 6-10 of the commentary, presenting Origen's interpretation of Rom 6:12 to 16:27, will be the next volume published in the Fathers of the Church series.