Making the Past Present 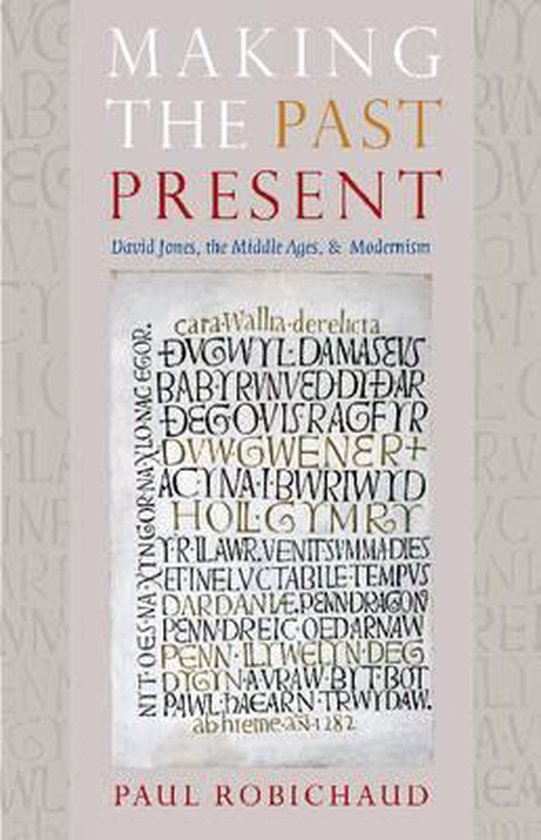 The importance of David Jones (1895-1974) as a major modern poet has been increasingly recognized during the past few decades through a growing critical appreciation of In Parenthesis (1937), The Anathemata (1952), and The Sleeping Lord (1974). Praised by poets as diverse as T.S. Eliot, W.H.Auden, Hugh MacDiarmid, Seamus Heaney, and W.S. Merwin, Jones is a writer whose work challenges established critical boundaries between periods, styles, and genres. In Making the Past Present, Paul Robichaud offers an innovative exploration of Jones' poetry that aims to help readers overcome challenges to a fuller appreciation of his work. A persistent challenge for readers has been Jones' turn to the Middle Ages for inspiration and example. Although Jones' medievalism has hindered his acceptance into the academic modernist canon, the Middle Ages are central to his modernism as a continually questioned and constructed source of cultural values. Making the Past Present explores the significance of Jones' medievalism in its modernist contexts, while providing readers with detailed information on central, but often unfamiliar, allusions. Robichaud charts the growth of Jones' medievalism from his earliest Pre-Raphaelite influences, showing how his commitment to modernist aesthetics transformed his vision of the Middle Ages. In considering his obsession with medieval Wales, this study shows how Jones engaged with contemporary Welsh and Arthurian scholarship to construct a vision of Wales that is both a modernist symbol of cultural wholeness and an imagined community in tandem with the development of Welsh cultural nationalism. Robichaud argues that the tension between vernacular and Latin cultures in Jones' poetry reflects his concern over the modern relationship between national and European cultural interests, an intellectual context shared with T.S. Eliot and the historian Christopher Dawson. The impact of medieval on modernist aesthetics receives a sustained analysis in a reading of Jones in relation to James Joyce, Jacques Maritain, and Wilhelm Worringer.