Forever Young: A Life of Adventure in Air and Space 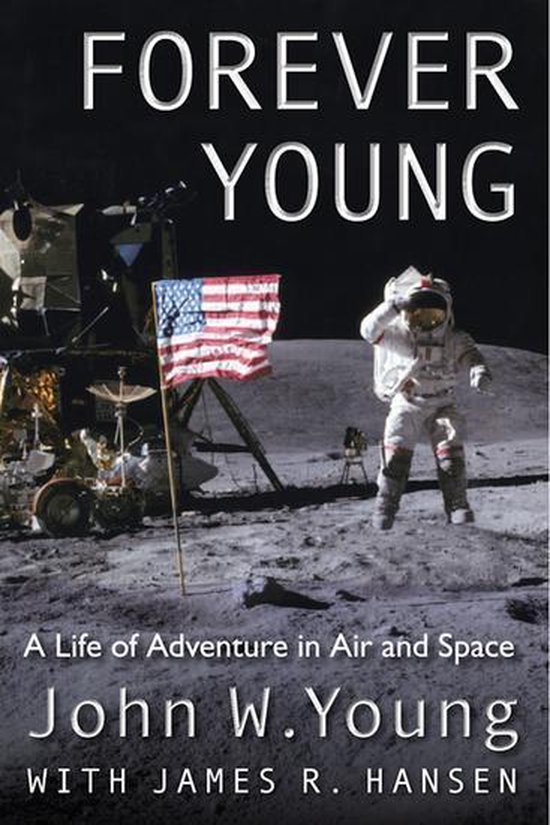 He walked on the Moon. He flew six space missions in three different programs--more than any other human. He served with NASA for more than four decades. His peers called him the ''astronaut's astronaut.''


Enthusiasts of space exploration have long waited for John Young to tell the story of his two Gemini flights, his two Apollo missions, the first-ever Space Shuttle flight, and the first Spacelab mission. Forever Young delivers all that and more: Young's personal journey from engineering graduate to fighter pilot, to test pilot, to astronaut, to high NASA official, to clear-headed predictor of the fate of Planet Earth.


Young, with the assistance of internationally distinguished aerospace historian James Hansen, recounts the great episodes of his amazing flying career in fascinating detail and with wry humor. He portrays astronauts as ordinary human beings and NASA as an institution with the same ups and downs as other major bureaucracies. He frankly discusses the risks of space travel, including what went wrong with the Challenger and Columbia shuttles.


Forever Young is one of the last memoirs produced by an early American astronaut. It is the first memoir written by a chief of the NASA astronaut corps. Young's experiences and candor make this book indispensable to everyone interested in the U.S. space program.