For a Great and Grand Purpose 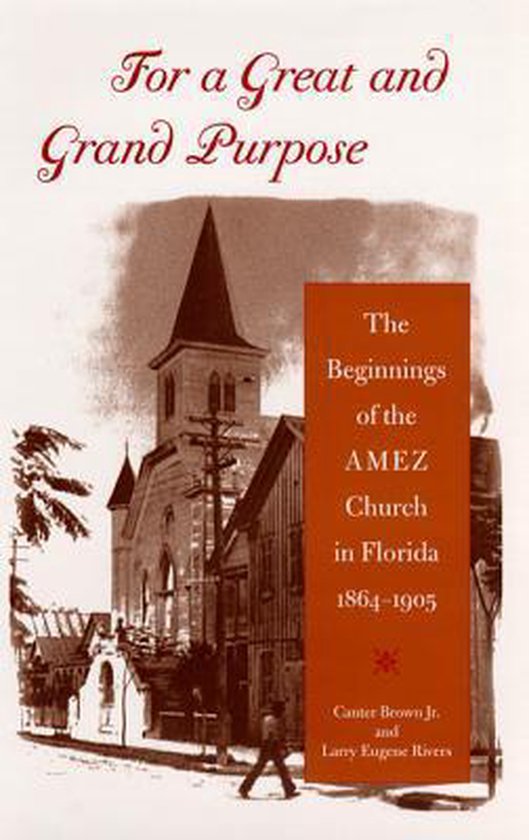 This history of the African Methodist Episcopal Zion (AMEZ) Church in Florida tells how dedicated members of one of the oldest and most prominent black religious institutions created a forceful presence within the African-American community - against innumerable odds and constant challenges. The AMEZ denomination established an official presence in the state one year before its better-known cousin and rival, the African Methodist Episcopal Church. When Connecticut native Wilbur Garrison Strong arrived in Key West in 1864, he stood out as the first black ordained minister in all of peninsular Florida. He brought with him the northern Methodist tradition of joyful praise and preaching, an ethos of a plain and simple gospel that emphasized righteous living and an unbending commitment to emancipation and hope. During its formative years, the AMEZ became one of the first churches to ordain women to full clerical status. Its ministers commanded great strength in certain cities, and its membership included more of the urban and middle-class population than was typical for southern religious organizations, which were predominantly rural. At its zenith, the AMEZ was one of the largest African-American churches in the state. But it faced difficulties - gender issues, idiosyncratic leadership, rivalries between local ministers and Episcopal authorities, and political dissension at a point when the church was attempting to address larger social issues. By 1905, when the governor urged the expulsion of all African-Americans from Florida and when state laws mandated racial segregation on public transportation, the era of lynching, discrimination, and disfranchisement already had begun and the period of AMEZ decline had commenced. In this remarkable yet virtually unknown story, the coauthors capture the mood of the post-Civil-War period in Florida, when blacks faced the obstacles and the opportunities that accompanied their new freedom. This work adds significantly to the growing body of literature on African-Americans in Florida and offers keen insights into the nature of institution building within the black community and the greater society.