Mad Tuscans and Their Families 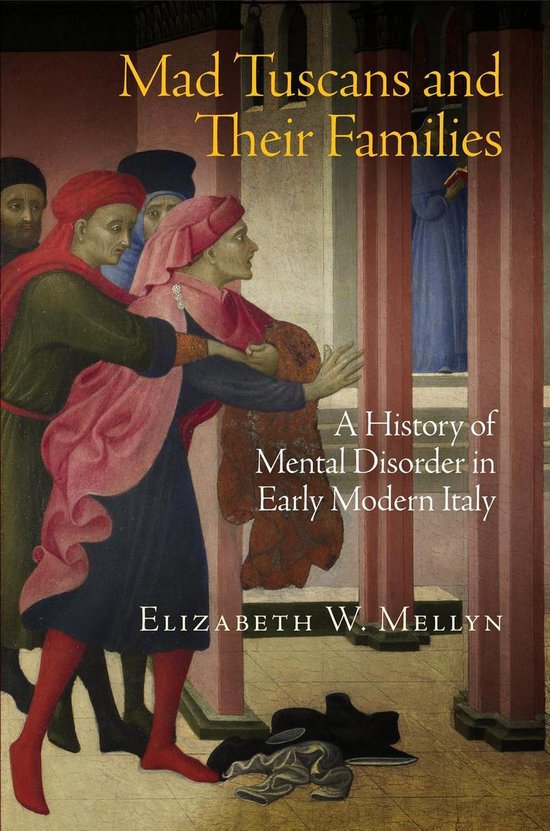 Based on three hundred civil and criminal cases over four centuries, Elizabeth W. Mellyn reconstructs the myriad ways families, communities, and civic and medical authorities met in the dynamic arena of Tuscan law courts to forge pragmatic solutions to the problems that madness brought to their households and streets. In some of these cases, solutions were protective and palliative; in others, they were predatory or abusive. The goals of families were sometimes at odds with those of the courts, but for the most part families and judges worked together to order households and communities in ways that served public and private interests.


For most of the period Mellyn examines, Tuscan communities had no institutions devoted solely to the treatment and protection of the mentally disturbed; responsibility for their long-term care fell to the family. By the end of the seventeenth century, Tuscans, like other Europeans, had come to explain madness in medical terms and the mentally disordered were beginning to move from households to hospitals. In Mad Tuscans and Their Families, Mellyn argues against the commonly held belief that these changes chart the rise of mechanisms of social control by emerging absolutist states. Rather, the story of mental illness is one of false starts, expedients, compromise, and consensus created by a wide range of historical actors.