Guns Against the Reich 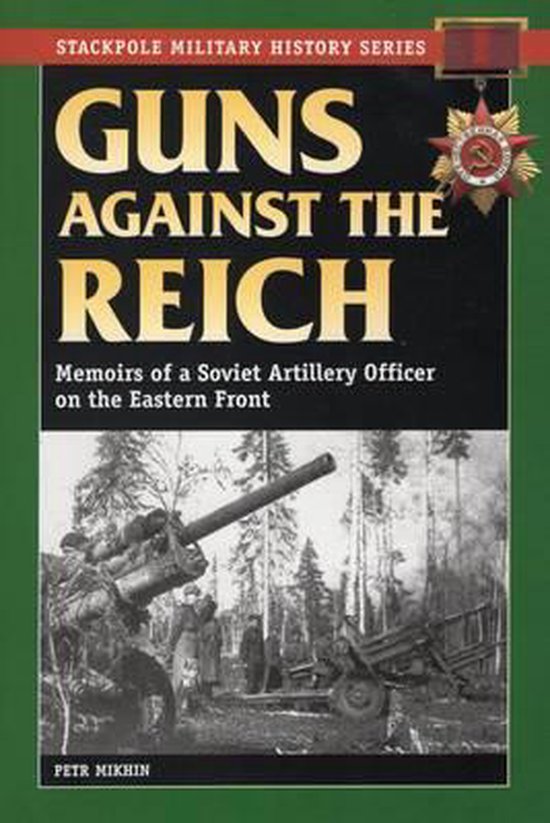 In three years of war on the Eastern Front - from the desperate defence of Moscow, through the epic struggles at Stalingrad and Kursk to the final offensives in central Europe - artilleryman Petr Mikhin experienced the full horror of battle. In this vivid memoir he recalls distant but deadly duels with German guns, close-quarter hand-to-hand combat, and murderous mortar and tank attacks, and he remembers the pity of defeat and the grief that accompanied victories that cost of thousands of lives. He was wounded and shell-shocked, he saw his comrades killed and was nearly captured, and he was threatened with the disgrace of a court martial. For years he lived with the constant strain of combat and the ever-present possibility of death. And he recalls his experiences with a candour and an immediacy that brings the war on the Eastern Front - a war of immense scale and intensity - dramatically to life. Petr Alexeevich Mikhin trained as a schoolteacher before the Second World War and served as an artillery man throughout the conflict. He fought the German army in the battles for Stalingrad, Kursk, Ukraine, Moldova, Rumania, Bulgaria, Yugoslavia, Hungary, Austria and Czechoslovakia, and late in the war he was transferred to the Far East to fight the Japanese army in China. He was wounded three times and suffered shell shock, and he finished the war as a highly decorated officer with the rank of a captain. After the war he returned to teaching mathematics in civil and military schools, and he retired as a lieutenant colonel. Petr Mikhin is the author of numerous short stories and three books, all of them based on his extraordinary wartime experiences.