The Most Beautiful Libraries in the World 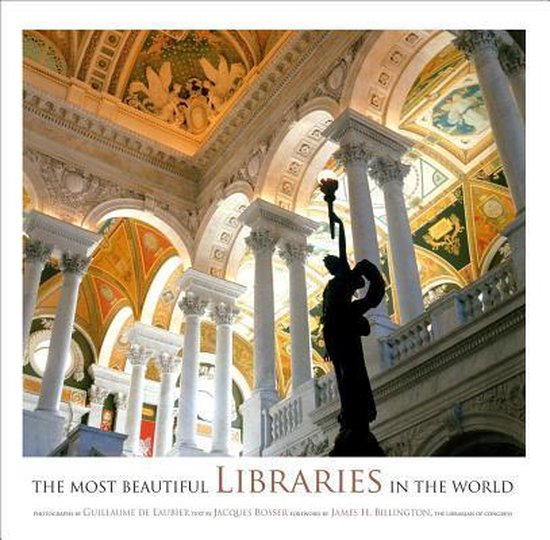 Housing the world's collective knowledge, within which reside the milestones of human intellectual achievement, libraries are perhaps the richest of all cultural institutions. Often architectural treasures in themselves, they were constructed in styles that befitted the riches they stored, from Neoclassical temples to Baroque palaces to Jeffersonian athaeneums. Both public in purpose and intensely private in feel, they have served the noble role of preserving and disseminating that key cultural artifact of mankind - the book - and in doing so, their role has been central to the nourishment and development of the world's great civilizations. To this day the great libraries of the world remain extraordinary environments for scholarship and enlightenment.
Here, for the first time, architectural photographer Guillaume de Laubier takes the reader on a privileged tour of twenty-three of the world's most historic libraries, representing twelve countries and ranging from the great national monuments to scholarly, religious, and private libraries: the baroque splendor of the Institut de France in Paris; the Renaissance treasure-trove of the Riccardiana Library in Florence; the majestic Royal Monastery in El Escorial, Spain; the hallowed halls of Oxford's Bodleian Library; and the New York Public Library, a Beaux-Arts masterpiece. Also included are the smaller abbey and monastic libraries - often overlooked on tourist itineraries - each containing its own equally important collections of religious and philosophical writings, manuscripts, and church history. Through color photography one can marvel at the grandeur of the great public libraries while relishing the rare glimpses inside scholars-only private archives.
The accompanying text by journalist and translator Jacques Bosser traces the history of libraries from the Renaissance to the present day, vividly describing how they came to serve the famous men of letters of centuries past and the general public of the nineteenth and twentieth centuries. James H. Billington, the Librarian of Congress, shares a personal association with libraries in his foreword. As repositories of history, ever growing and fed upon by hungry minds, libraries continue to occupy a central place in our civilization - and this sumptuous volume of photographs pays fitting tribute to that tradition.