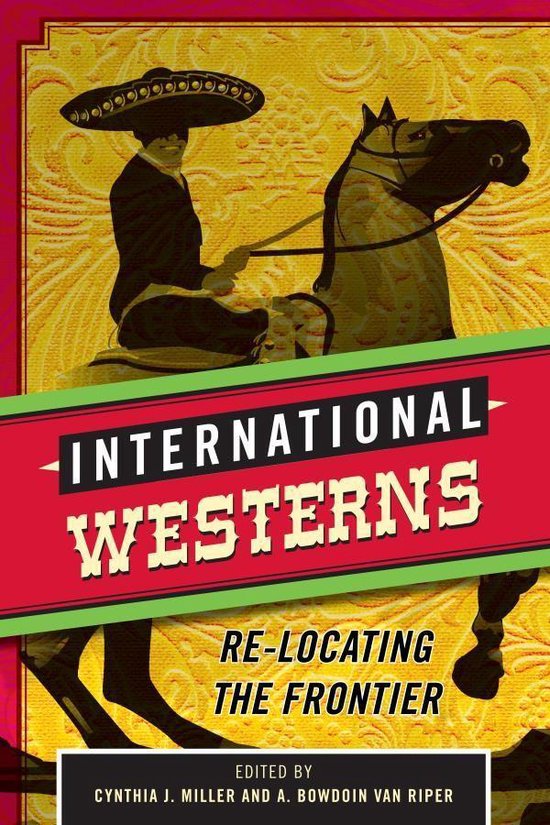 The Western tradition, with its well-worn tropes, readily identifiable characters, iconic landscapes, and evocative soundtracks, is not limited to the United States. Western, or Western-inspired films have played a part in the output of numerous national film traditions, including Asia, Central and Eastern Europe, and Latin America.


In International Westerns: Re-Locating the Frontier, Cynthia J. Miller and A. Bowdoin Van Riper have assembled a collection of essays that explore the significance and meanings of these films, their roots in other media, and their reception in the national industries which gave them form. Among the questions that the volume seeks to answer are: What do Westerns not made in the U.S. reveal? In what ways do they challenge or support the idea of national literatures and cinemas? How do these films negotiate nation, narrative, and genre? Divided into five sections, the twenty essays in this volume look at films from a wide range of national cinemas, such as France (The Adventures of Lucky Luke), Germany (Der Schuh des Maitu), Brazil (O Cangaceiro), Eastern Europe (Lemonade Joe), and of course, Asia (Sukiyaki Western Django).


Featuring contributions from a diverse group of international scholars—often writing about Westerns adapted to their own national traditions—these essays address such matters as competing national film traditions, various forms of satire and comedy based on the Western tradition, the range of cultural adaptations of the traditional Western hero, the ties between the nation-state and the outlaw, and Westerns in a variety of unanticipated guises. Representing a broader look at global Westerns than any other single volume to date—and featuring more than 70 illustrations—International Westerns will be of interest to scholars of film, popular culture, and cultural history.