The Collected Works of John Dewey v. 3; 1889-1892, Essays and Outlines of a Critical Theory of Ethics 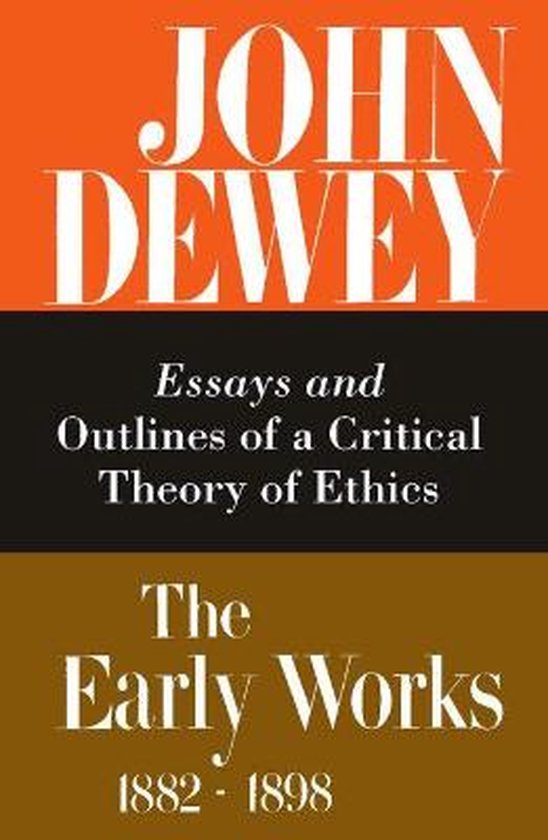 This third volume in the definitive edition of Dewey's early work opens with his tribute to George Sylvester Morris, the former teacher who had brought Dewey to the University of Michigan. Morris's death in 1889 left vacant the Department of Philosophy chairmanship and led to Dewey's returning to fill that post after a year's stay at Minnesota. Appearing here, among all his writings from 1889 through 1892, are Dewey's earliest comprehensive statements on logic and his first book on ethics. Dewey's marked copy of the galley-proof for his important article The Present Position of Logical Theory, recently discovered among the papers of the Open Court Publishing Company, is used as the basis for the text, making available for the first time his final changes and corrections. The textual studies that make The Early Works unique among American philosophical editions are reported in detail. One of these, A Note on Applied Psychology, documents the fact that Dewey did not co-author this book frequently attributed to him. Six brief unsigned articles written in 1891 for a University of Michigan student publication, the Inlander, have been identified as Dewey's and are also included in this volume. In both style and content, these articles reflect Dewey's conviction that philosophy should be used as a means of illuminating the contemporary scene; thus they add a new dimension to present knowledge of his early writing.