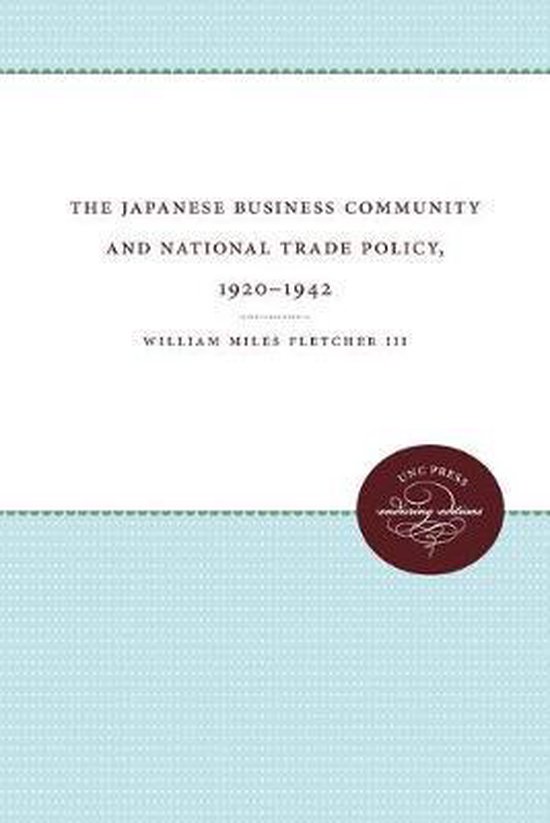 Miles Fletcher examines the role of the Japanese business community in helping the nation solve an unprecedented combination of economic challenges in the 1920s and 1930s: chronic trade deficits, world depression, rampant protectionism, and mobilization for war in Asia. Because of such severe crises, business executives changed their attitudes toward foreign trade and types of national economic policies needed to succeed in a global marketplace. After trade deficits began occurring in the 1920s, business leaders and business groups became obsessed with finding ways of expanding trade and ensuring a healthy balance of exports and imports. The onset of worldwide depression in 1930 brought trade barriers to Japanese exports in every major market, and the failure of the World Economic Conference in London in 1933 made prospects even more bleak. The idea that companies in each industrial sector would have to cooperate through national cartels began to take hold. Although the business community did not always operate as a unified interest group, its leaders in the interwar decades made progressively more effective attempts to secure a consensus on important proposals. As trade problems mounted, businessmen in many instances urged the increased national control of trade, with government officials and corporate executives working together to form policies. According to Fletcher, business attitudes toward foreign trade and the role of the government that developed during the economic crises of the 1920s and 1930s helped make Japan an economic power today. Japan is an economic power today because of the techniques developed during the period of economic crisis following World War I. After World War II, business leaders once again collaborated closely with the government to guide the nation to economic recovery and then to prominence as a trading power. Fletcher concludes that the travails of the interwar period forged a conviction that the Japanese business community has maintained well into the 1980s as a guiding concept: the task of expanding Japan's international trade resembles a form of competitive warfare demanding national strategies. A UNC Press Enduring Edition -- UNC Press Enduring Editions use the latest in digital technology to make available again books from our distinguished backlist that were previously out of print. These editions are published unaltered from the original, and are presented in affordable paperback formats, bringing readers both historical and cultural value.