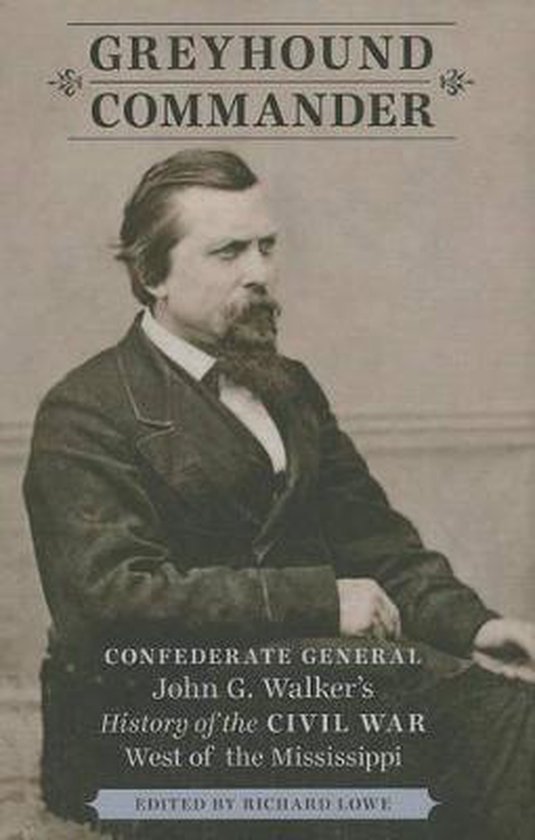 While a political refugee in London, former Confederate general John G. Walker wrote a history of the Civil War west of the Mississippi River. Walker's account, composed shortly after the war and unpublished until now, remains one of only two memoirs by high-ranking Confederate officials who fought in the Trans-Mississippi theater. Edited and expertly annotated by Richard Lowe -- author of the definitive history of Walker's Texas division -- the general's insightful narrative describes firsthand his experience and many other military events west of the great river. Before assuming command of a division of Texas infantry in early 1863, Walker earned the approval of Robert E. Lee for his leadership at the Battle of Antietam. Indeed, Lee later expressed regret at the transfer of Walker from the Army of Northern Virginia to the Trans-Mississippi Department. As the leader of the Texas Division (known later as the Greyhound Division for its long, rapid marches across Louisiana and Arkansas), Walker led an attempt to relieve the great Confederate fortress at Vicksburg during the siege by the Federal army in the spring and summer of 1863. Ordered to attack Ulysses Grant's forces on the west bank of the Mississippi River near Vicksburg, Walker unleashed a furious assault on black and white Union troops stationed at Milliken's Bend, Louisiana. The encounter was only the second time in American history that organized regiments of African American troops fought in a pitched battle. After the engagement, Walker realized the great potential of black regiments for the Union cause. Walker's Texans later fought at the battle of Bayou Bourbeau in south Louisiana, where they helped to turn back a Federal attempt to attack Texas via an overland route from New Orleans. In the winter of 1863--1864, Walker's infantry and artillery disrupted Union shipping on the Mississippi River. According to Lowe, the Greyhound Division's crucial role in throwing back the Union's 1864 Red River Campaign remains its greatest accomplishment. Walker led his men on a marathon operation in which they marched about nine hundred miles and fought three large battles in ten weeks, a feat unmatched by any other division -- Union or Confederate -- in the war. General Walker's history stands as a testament to his skilled leadership and provides an engaging primary source document for scholars, students, and others interested in Civil War history.