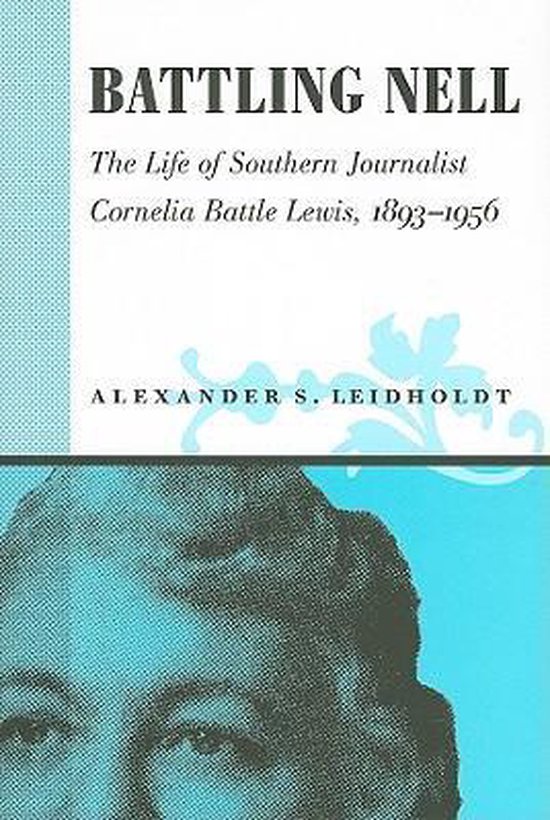 A longtime columnist for the Raleigh News and Observer, Cornelia Battle Lewis earned a national reputation in the 1920s and 1930s for her courageous advocacy on behalf of women's rights, African Americans, children, and labor unions. Late in her life, however, after fighting mental illness, Lewis reversed many of her stances and railed against the liberalism she had spent her life advancing. In Battling Nell, Alexander S. Leidholdt tells the compelling and ultimately tragic life story of this groundbreaking journalist against the backdrop of the turbulent post-Reconstruction Jim Crow South and speculates about the cause of her extraordinary transformation. The daughter of North Carolina's most prominent public health official, Lewis grew up in Raleigh, but her experiences at Smith College in Massachusetts, and later in France during World War I, led her to question the prevailing racial attitudes and gender roles of her native region. In 1920, Lewis began her storied career with the News and Observer. Inspired by H. L. Mencken's scathing criticism of the South, she soon established herself as the region's leading female liberal journalist. Her column, Incidentally, attacked the Ku Klux Klan, lobbied against the exploitation of mill workers, defended strikers during the notorious communist-organised Gastonia labor violence, mocked religious fundamentalists who fought the teaching of evolution, and decried lynch law. A suffragist and a feminist who saw women's rights as inextricably linked to human rights, Lewis ran for state legislature in 1928 and was one of the first women in North Carolina to be admitted to the bar. In the 1930s, however, Lewis faced repeated institutionalizations for a debilitating bout of mental illness and sought treatment from Christian Science practitioners, spiritualists, and psychotherapists. As she aged, her views grew increasingly reactionary, and she insisted that she had served as a communist dupe during the Gastonia strike and trials, that communists had infiltrated the University of North Carolina, and that many of her former progressive allies had ties to communism. Finally, many of her opinions completely reversed, and in the wake of the 1954 Brown v. Board decision, she served as an influential spokesperson for the South's massive resistance to public school desegregation. She continued to espouse these conservative beliefs until her death in 1956. In his detailed retelling of Lewis's fascinating life, Leidholdt chronicles the turbulent history of North Carolina from the 1920s through the 1950s, as industrialization and racial integration began to tear at the region's conservative fabric. He vividly explains the background and ramifications of Lewis's many controversial stances and explores the possible reasons for her ideological about-face. Through the extraordinary story of Battling Nell, Leidholdt reveals how the complex issues of gender, labor, and race intertwined to influence the convulsive events that shaped the course of early twentieth-century southern history.