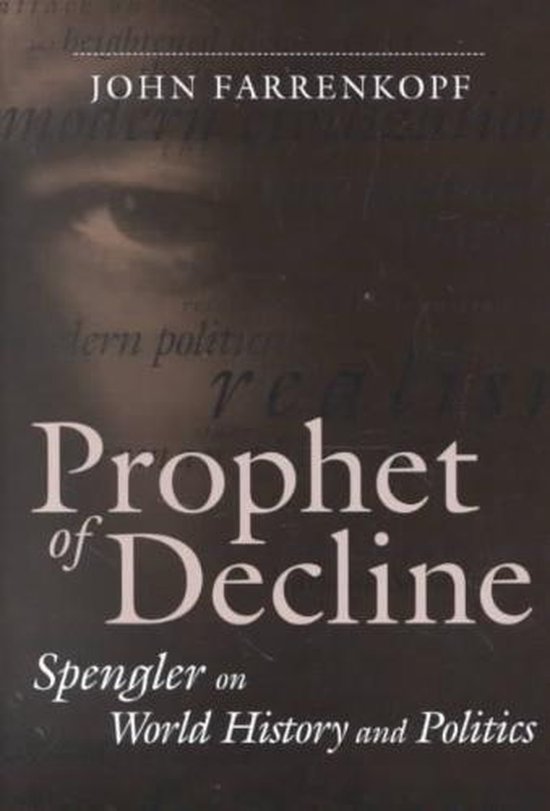 Oswald Spengler (1880-1936) is best known for The Decline of the West, in which he propounded his pathbreaking philosophy of world history and penetrating diagnosis of the crisis of modernity. This monumental work launched a seminal attack on the idea of progress and supplanted the outmoded Eurocentric understanding of history. His provocative pessimism seems to be confirmed in retrospect by the twentieth-century horrors of economic depression, totalitarianism, genocide, the dawn of the nuclear age, and the emerging global environmental crisis. In Prophet of Decline, John Farrenkopf takes advantage of the historical perspective the end of the millennium provides to reassess this visionary thinker and his challenging ideas on world history and politics and modern civilisation. Farrenkopf's assessment ranges widely, placing Spengler's philosophy in its intellectual historical context and covering Spengler's ideas on democracy, capitalism, science and technology, cities, Western art, social change, and human exploitation of the environment. He also illuminates the implications of Spengler's thought for contemplating from a fresh perspective the future of the United States, the leading power of the West. Prophet of Decline is highly relevant today as many take the opportunity at the turn of the century to ponder again the direction in which humankind and our global community are moving and approach with concern the uncertain future amid globalization, hypercomplexity, and accelerating change. An interdisciplinary book about an interdisciplinary thinker, it is a substantial contribution to the literature of historical philosophy, political science, international relations, and German studies.