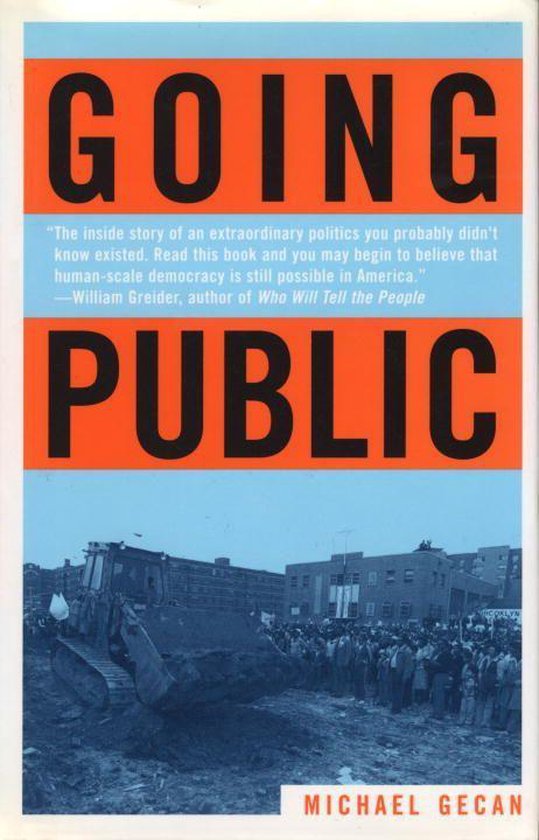 A New York city neighborhood once called "the beginning of the end of civilization" is where Michael Gecan starts. Hired by residents to help them save their community, he and local leaders spend more than a decade wrestling New York politicians in an impassioned effort against all odds that brings in five thousand new homes.


From bad behavior by Ed Koch to complicated negotiations with Rudy Giuliani, Gecan tells the inside story of how the city really works, and how any organized group of citizens can wield power in seemingly unmovable bureaucracies.


Gecan's unwavering vision of the value of public action has roots in a rough childhood in Chicago, where he witnessed extortion by the mob and a tragic fire in his Catholic grade school that left ninety-two children and three nuns dead.


In his inspiring story of the will to claim the full benefits of citizenship, Gecan offers unforgettable lessons that every American should know: What is the best way to talk to politicians? What resources do all communities need to create change? What kinds of public actions really work?