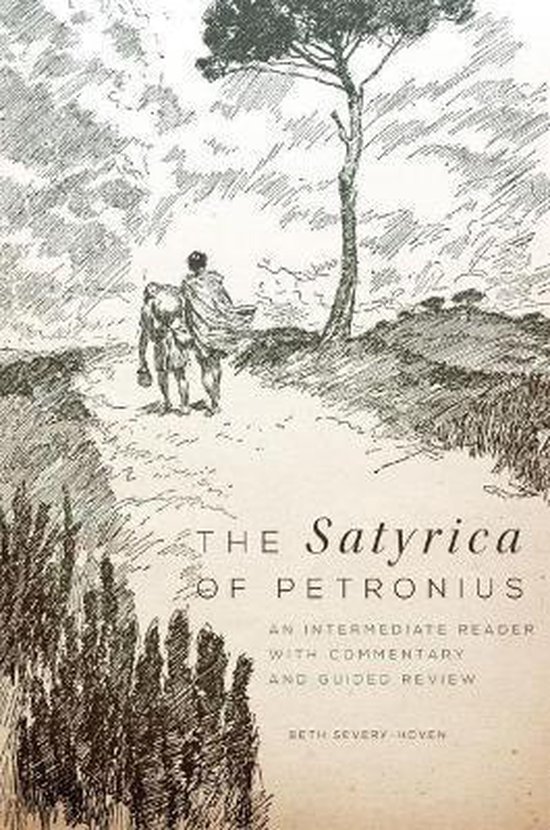 Winner of the Ladislaus J. Bolchazy Pedagogy Book Award, Classical Association of the Middle West and South's (CAMWS). A comic masterpiece of classical antiquity, the Satyrica (or Satyricon) of Petronius is a tantalizing work of fiction - part poetry, part prose, hilariously vulgar, exquisitely elegant, its original form and length as much a matter of speculation as the identity of its author. Its brilliance and enduring influence are, however, beyond dispute. The romantic misadventures, fabulous feasts, and ribald foibles of Encolpius ( crotch in Greek) and his cohorts have been endlessly translated, copied, censored, and celebrated through the ages. In The Satyrica of Petronius, Beth Severy-Hoven makes the masterpiece, with its flights of language and vision of Roman culture around the time of Nero, accessible to a new generation of students of Latin. Following a fascinating introduction of the text, its history, its language, and its structure, Severy-Hoven offers expert guidance for reading sections of the novel in the original Latin. Readers are given the tools to consider and analyze the narrative structure of the work, an immense and uninterrupted first-person account by an unreliable narrator. Severy-Hoven also explores the contexts in which the text was written - addressing the social and cultural world the novel inhabits and includes. Finally, she helps readers to examine Petronius' use of Latin, focusing most notably on the combination of elegant prose and verse and raunchy colloquial speech, a combination that gives color to Petronius' characters even as he parodies different literary styles and genres. Intermediate readers of Latin will encounter Roman life, language, and literature in this work in ways at once new and familiar, and in forms as entertaining as they are instructive.