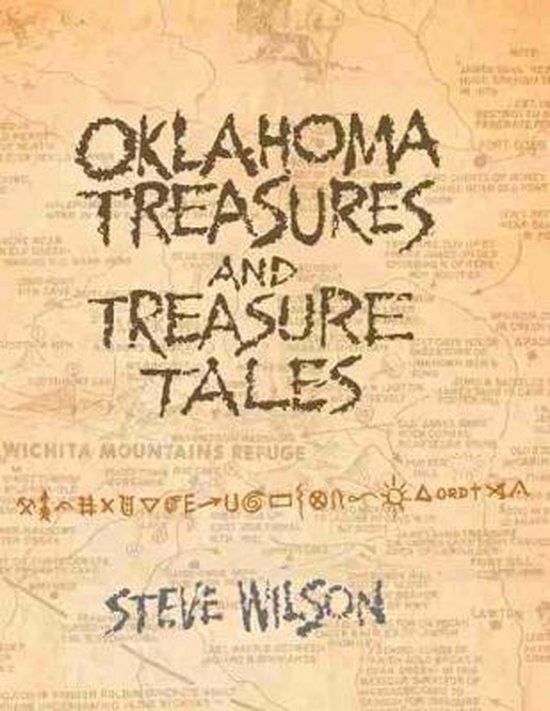 Son, there's more treasure buried right here In Oklahoma than in the rest of the whole Southwest. Those words from an old-timer launched Steve Wilson on a yearslong quest for the stones of Oklahoma's treasures. This book is the result.It is a book of stories-some true, some legendary- about fabulous caches of lost treasure: outlaw loot buried in the heat of pursuit, hoards of Spanish gold dud silver secreted for a later day, Frenchmen's gold ingots hidden amid massive cryptic symbols, Indian treasure concealed in caves, and lost mines- gold and silver and platinum. It tells about the earliest treasure seekers of the region and those who are still hunting today. Along the way it describes shootouts and massacres, trails whose routes are preserved in the countless legends of gold hidden alongside them, Mexicans' smelters, and mines hidden and sought over the centuries. Among the chapters: ''The Secrets Spanish Fort Tells, Quests for Red River's Silver Mines, Oklahoma's Forgotten Treasure Trail,' Ghosts of Devil's Canyon and Their Gold, Jesse James's Two-Million-Dollar Treasure, The Last Cave with the Iron Door, and, perhaps most intriguing of all, The Mystery of Cascorillo-A Lost City. This is a book about quests over trails dim before the turn of the century. It is about early peoples, Mound Builders, Vikings, conquistadors, explorers, outlaw, gold seekers. The author has spent years tracking down the stories and hours listening to the old-timers' tales of their searches. Wilson has provided maps, both detailed modem ones and photographs of early treasure maps and has richly illustrated the book with pictures of the sites that gave rise to the tales. . For armchair travelers, never-say-die treasure hunters, historians, and chroniclers and aficionados of western lore, this is an absorbing and delightful book. And who knows? The reader may find gold!