Bringing Out the Algebraic Character of Arithmetic 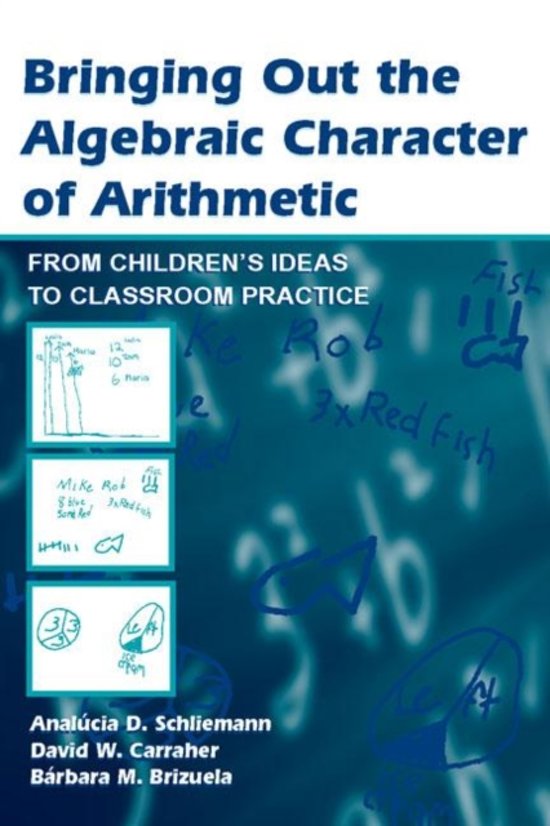 Bringing Out the Algebraic Character of Arithmetic contributes to a growing body of research relevant to efforts to make algebra an integral part of early mathematics instruction, an area of studies that has come to be known as Early Algebra. It provides both a rationale for promoting algebraic reasoning in the elementary school curriculum and empirical data to support it.


The authors regard Early Algebra not as accelerated instruction but as an approach to existing topics in the early mathematics curriculum that highlights their algebraic character. Each chapter shows young learners engaged in mathematics tasks where there has been a shift away from computations on specific amounts toward thinking about relations and functional dependencies. The authors show how young learners attempt to work with mathematical generalizations before they have learned formal algebraic notation.


The book, suitable as a text in undergraduate or graduate mathematics education courses, includes a CD-ROM with additional text and video footage on how students reason about addition and subtraction as functions; on how students understand multiplication when it is presented as a function; and on how children use notations in algebraic problems involving fractions. These three videopapers (written text with embedded video footage) present relevant discussions that help identify students' mathematical reasoning. The printed text in the book includes transcriptions of the video episodes in the CD-ROM.


Bringing Out the Algebraic Character of Arithmetic is aimed at researchers, practitioners, curriculum developers, policy makers and graduate students across the mathematics education community who wish to understand how young learners deal with algebra before they have learned about algebraic notation.