H Is for Homicide 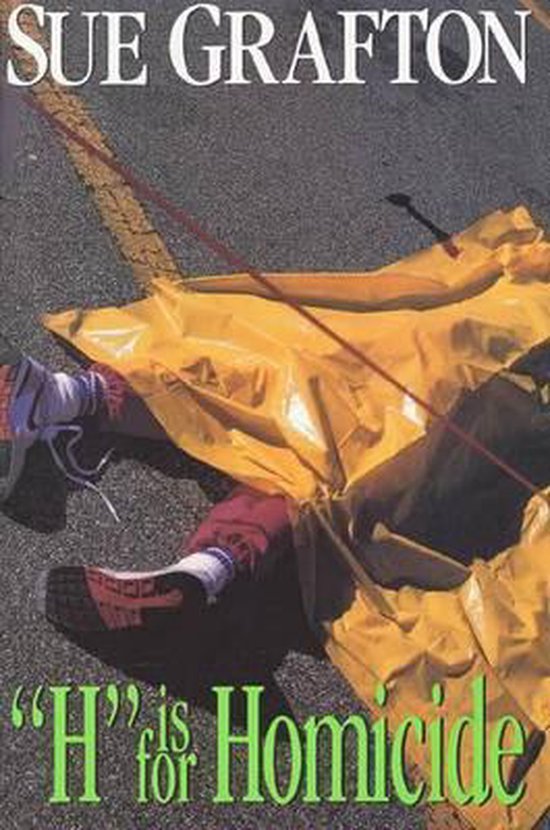 To the cops, it looked like a robbery gone sour. To Kinsey Millhone, it looked like the cops were walking away from the case. She didn't like the idea that a colleague and sometime drinking companion had been murdered. Or the idea that his murderer was loose and on the prowl. It made her feel exposed. Vulnerable.

Bibianna Diaz was afraid for her life. If there was one thing she knew for sure, it was that you didn't cross Raymond Maldonado and live to tell the tale. And Bibianna had well and truly crossed him, running out on his crazy wedding plans and going into hiding in Santa Teresa--light years away from the Los Angeles barrio that was home turf to Raymond and his gang. Now she needed money to buy time, to make sure she'd put enough space between them. And the quickest way she knew to get money was to work an insurance scam--just like the ones Raymond was running down in L.A. The trouble was, Bibianna picked California Fidelity as her mark. And it wasn't long before her name surfaced in one of Parnell Perkins's open files and Kinsey was on her case. But so, too, was her spurned suitor, Raymond Maldonado.

He had a rap sheet as long as his arm, a hair-trigger temper that was best left untested, and an inability to take no for an answer. He also had Tourette's syndrome, which did nothing to smooth out the kinks in his erratic and often violent behavior. All in all, Raymond Maldonado was not someone to spend a lot of time hanging out with. Unfortunately for Kinsey, she didn't have a lot of choice in the mater. Not after the love-sick Raymond kidnapped Bibianna. Like it or not, Kinsey was stuck babysitting Bibianna along with Raymond and his macho crew. You might say she was a prisoner of love.

It may be Kinsey Millhone's most complicated and risk-filled case. It certainly is Sue Grafton's wittiest venture into low-life crime. It's "H" is for Homicide, and it confirms yet again that Kinsey Millhone is "a wonderful character, tough but not brutish, resourceful and sensitive, a fit knight to walk those mean streets with her male predecessors" (the Los Angeles Times) and that Sue Grafton is "a heads-up delight" (Detroit News).