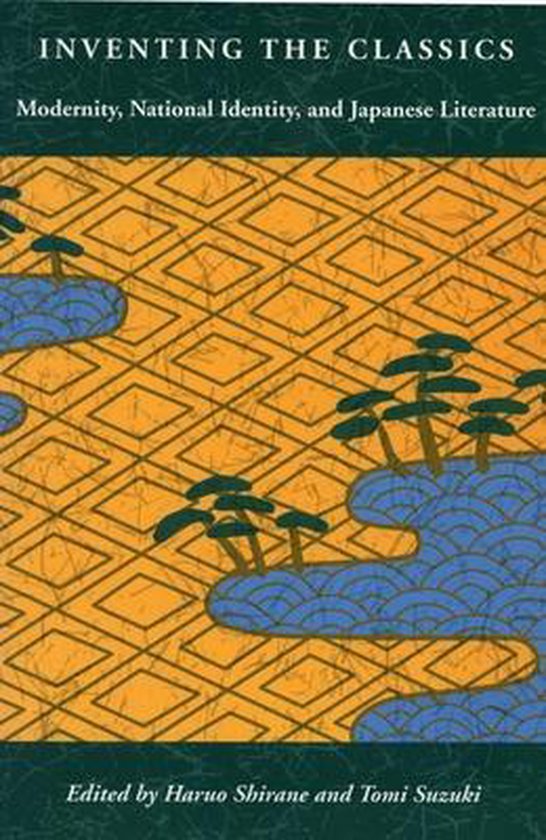 Today the term Japanese literary classics implies such texts as the Man'yoshu, Kojiki, Tale of Genji, Tale of the Heike, Noh drama, and the works of Saikaku, Chikamatsu, and Basho, which are considered the wellspring and embodiment of Japanese tradition and culture. Most of these texts, however, did not become classics until the end of the nineteenth century, in a process closely related to the emergence of Japan as a modern nation-state and to the radical reconfiguration of notions of literature and learning under Western influence. As in Europe and elsewhere, the construction of a national literature and language with a putative ancient lineage was critical to the creation of a distinct nation-state. This book addresses the issue of national identity and the ways in which modern European disciplinary notions of literature and genres played a major role in the modern canonization process. These classics did not have inherent, unchanging value; instead, their value was produced and reproduced by various institutions and individuals in relation to socio-economic power. How then were these texts elevated and used? What kinds of values were given to them? How was this process related to larger social, political, and religious configurations? This book, which looks in depth at each of the major classics, explores these questions in a broad historical context, from the medieval period, when multiple canons competed with each other, through the early modern and modern periods. Throughout, the essays focus on the roles of schools, commentators, and socio-religious institutions, and on issues of gender. The result is a new view of the transformation of the Japanese canon and its intimate connection with the issue of national and cultural identity.