The Story of Guadalupe 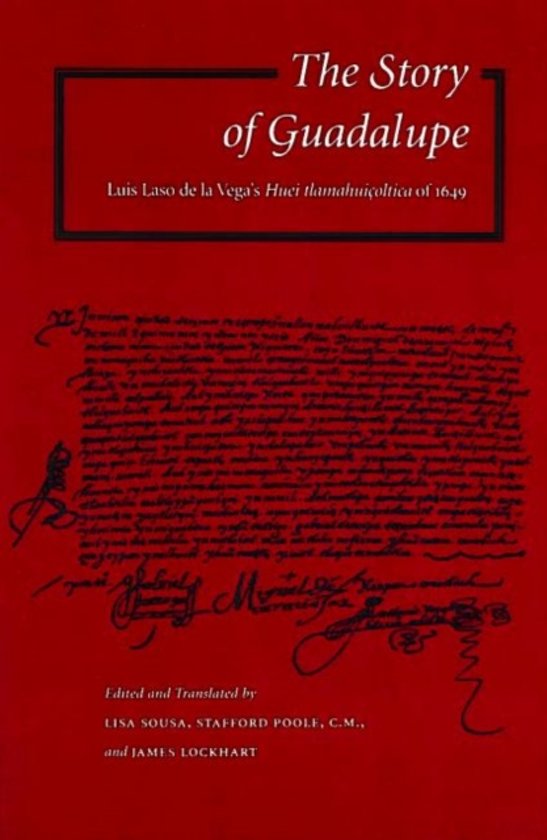 The devotion to Our Lady of Guadalupe is one of the most important elements in the development of a specifically Mexican tradition of religion and nationality over the centuries. The picture of the Virgen morena (Dark Virgin) is to be found everywhere throughout Mexico, and her iconography is varied almost beyond telling. Though innumerable books, both historical and devotional, have been published on the Guadalupan legend in this century alone, it is only recently that its textual sources have been closely studied.This volume makes available to the English-reading public an easily accessible translation from the original Nahuatl of the story itself and the entire book in which the story is embedded. The study also provides scholars with new perspectives on a text long at the center of Mexican intellectual currents. Through the use of technical philological methods, it indicates that the text may have been authored in the mid-seventeenth century by a Spanish-Mexican priest, based on an earlier text by a colleague of his, and that it was not the product of Nahuatl oral tradition.The story of the apparition of the Virgin of Guadalupe to a poor indigenous man less than fifteen years after the Spanish conquest of Mexico did not come into prominence until the mid-seventeeth century. The first known telling of the tale appeared in a book published in Spanish in 1648 by the priest Miguel Sanchez. On the heels of the Sanchez version, the story was included in the book Huei tlamahuicoltica published in 1649 by Luis Laso de la Vega, the vicar of the Guadalupe chapel and a friend of Sanchez. It had little impact initially, but by the twentieth century, with indigenism triumphant, it had become the best known version.There have been a few translations of Laso de la Vega's apparition story into English but only on a popular or devotional level. The present edition offers a translation and transcription of the complete text of the 1649 edition, together with critical apparatus, including comparisons of the Sanchez and Laso de la Vega texts, and various linguistic, orthographic, and typographical matters that throw light on the date and manner of composition.