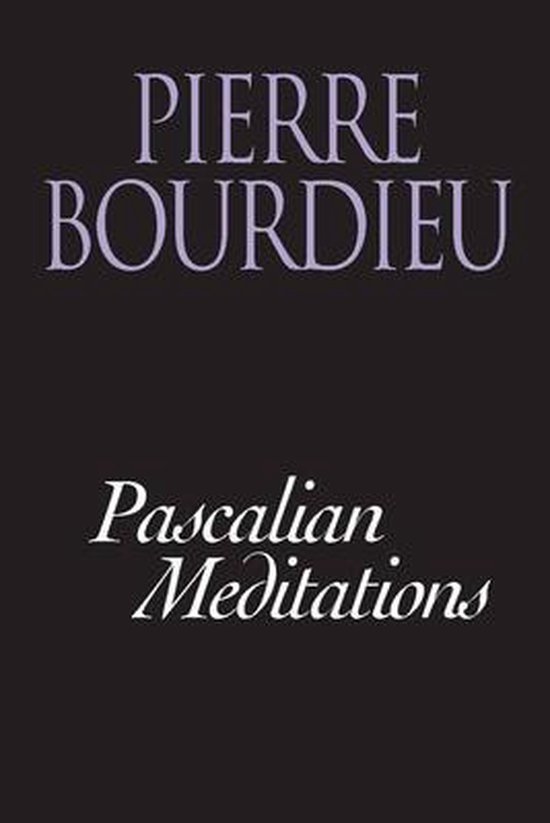 A synthesis of forty years' work by France's leading sociologist, this book pushes the critique of scholarly reason to a new level. It is a brilliant example of Bourdieu's unique ability to link sociological theory, historical information, and philosophical thought.Pascalian Meditations makes explicit the presuppositions of a state of scholasticism, a certain leisure liberated from the urgencies of the world. Philosophers, unwilling to engage these presuppositions in their practice, have brought them into the order of discourse, not so much to analyze them as to legitimate them. This situation is the primary systematic, epistemological, ethical, and aesthetic error that Bourdieu subjects to methodological critique.This critique of scholarly reason is carried out in the name of Pascal because he, too, pointed out the features of human existence that the scholastic outlook ignores: he was concerned with symbolic power; he refused the temptation of foundationalist thinking; he attended (without populist naivete) to ordinary people ; and he was determined to seek the raison d'etre of seemingly illogical behavior rather than condemning or mocking it.Through this critique, Bourdieu charts a negative philosophy that calls into question some of our most fundamental presuppositions, such as a subject who is free and self-aware. This philosophy, with its intellectual debt to such other heretical philosophers as Wittgenstein, Austin, Dewey, and Peirce, renews traditional questioning of the concepts of violence, power, time, history, the universal, and the purpose and direction of existence.