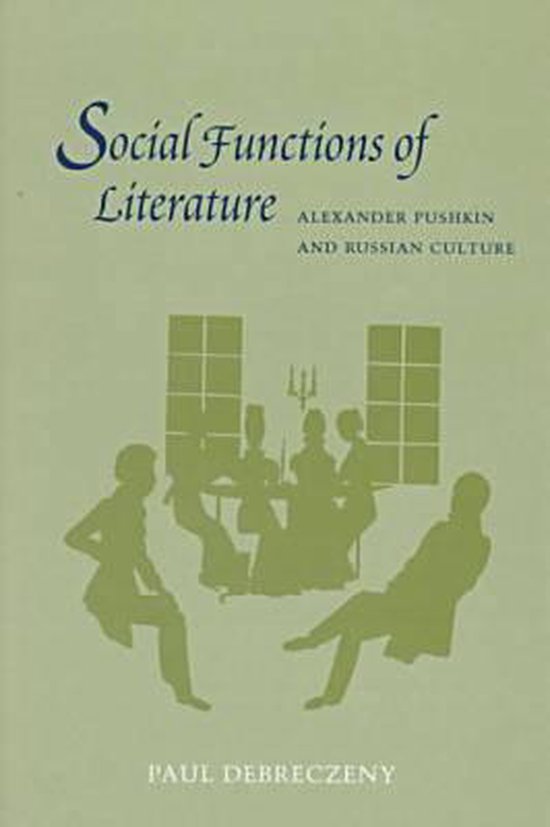 This study of the effect of literature on readers, both as individuals and as members of social groups, focuses on Russia's national poet, Alexander Pushkin, as a model for investigating the aesthetic and social functions of literature. The individual reader's response to the literary text is demonstrated in Part One through a broad range of memoirs, diaries, and correspondences in which Russian readers recorded their reactions to Pushkin. Among the reactions are testimonies that Pushkin's works helped readers form their personalities, provided cathartic relief in times of stress, and aided them in releasing their suppressed emotions. In his analysis, the author draws on various psychological approaches, from studies of perception through developmental psychology to psychoanalysis. Part Two exposes the extent to which individuals' aesthetic responses are conditioned by their social environment. Against the backdrop of Russian social history in the early nineteenth century, the author describes the dissemination of new aesthetic norms, notably the relations of the Russian literary elite to lowbrow and middlebrow groups. In this context, he analyzes a number of Pushkin imitations (with Pushkin's responses to them) and links Nikolai Gogol's development as a writer to the social groups surrounding Pushkin. Among the other topics discussed are the popularization of Pushkin on the stage and his inclusion in school textbooks and anthologies. The aura surrounding the personality of an author is the subject of Part Three, in which the author shows how Pushkin's death in a duel with a foreigner contributed to his emergence as a symbol of the Russian nation, and how deep-seated anxiety about national identity gave rise to the Pushkin myth and to the canonization of the poet as martyr. The author also describes how the combined effect of the widespread reading of Pushkin's work and his legend as martyr allowed him to remain Russia's main mythic figure despite the Soviet Union's attempts to supplant him with Lenin. Throughout the book, theoretical arguments are buttressed by close readings of Pushkin's works, especially The Prisoner of the Caucasus, Eugene Onegin, Poltava, Egyptian Nights, and several lyric poems.