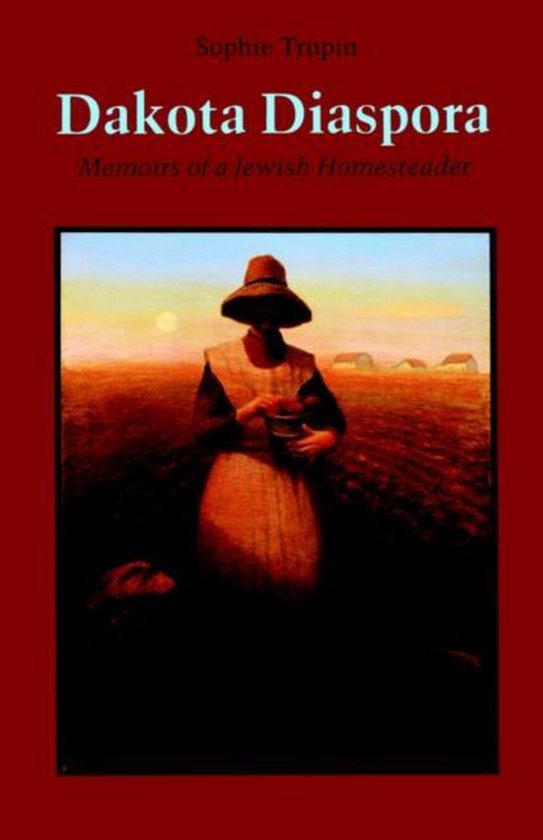 To most Jewish immigrants New York was America. Not many ventured as far as North Dakota at the turn of the century. Sophie Trupin writes of her father and other Jewish farmers who came to the northern plains: Each was a Moses in his own right, leading his people out of the land of bondage-out of czarist Russia, out of anti-Semitic Poland, out of Romania and Galicia. Each was leading his family to a promised land; only this was no land flowing with milk and honey-no land of olive trees and vineyards. Dakota Diaspora adds a little-known chapter to the saga of the settlement of America. In a series of vignettes Sophie Tmpin recalls her childhood in Nordokota, where her father built a sod house and farmed a quarter-section of rocky land before opening a butcher shop in the town of Wing. Against that background plays out the perennial conflict between her father; who had escaped the violent anti-Semitism of his native Russia and found here a man's freedom and dignity, and her mother; who felt trapped, betrayed and helpless in this desolate land, far from her roots in the Old Country. But out of the struggle to bring in the harvest, survive the blizzards, and maintain a kosher home, a warm family life developed, as well as a sense of community with Jewish neighbors on scattered homesteads.