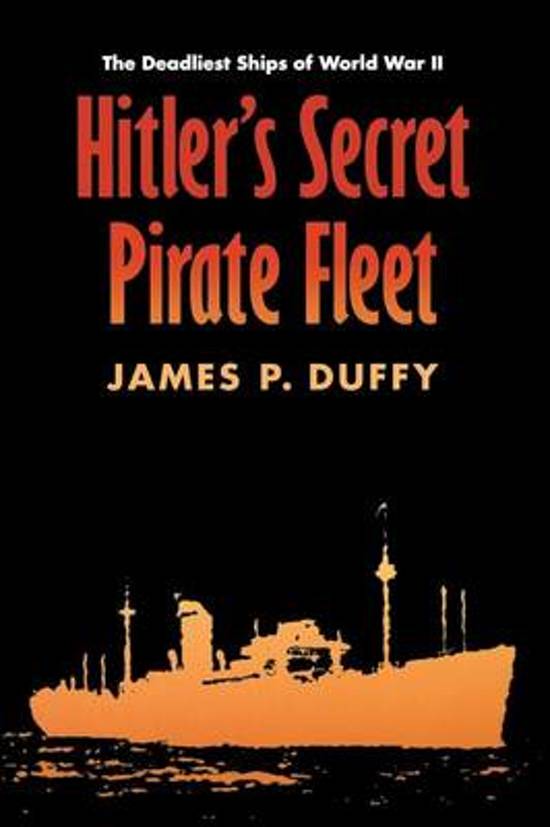 They were the deadliest ships of World War II-nine German commerce raiders disguised as peaceful cargo ships, flying the flags of neutral and allied nations. In reality these heavily armed warships roamed the world's oceans at will, like twentieth-century pirates. They struck unsuspecting freighters and tankers out of the darkness of night or from behind a curtain of fog and mist. For almost three years they led the Royal Navy on a deadly chase from sea to sea and sank or captured more than a million tons of allied shipping. Masquerading as unarmed merchantmen, the raiders carried an awesome array of weapons cleverly hidden behind false structures and concealed inside empty packing crates on their decks. They fed off their unsuspecting targets, pumping fuel from their prey into their own tanks and taking food from captured pantries to feed their own crews and the thousands of prisoners that they picked up along the way. These secret ships also acted as supply ships for U-boats, helping their fellow hunters remain at large for longer periods. At sea for months-or even years-those raider sailors lucky enough to survive were hailed as heroes when they returned home. In this fascinating and high-tension account of the German Navy's pirate fleet, James P. Duffy provides detailed descriptions of each of the nine raiders, presented in chronological order based on the date each ship first sailed, revealing a significant but little-known aspect of World War II naval history