Bird at the Buzzer 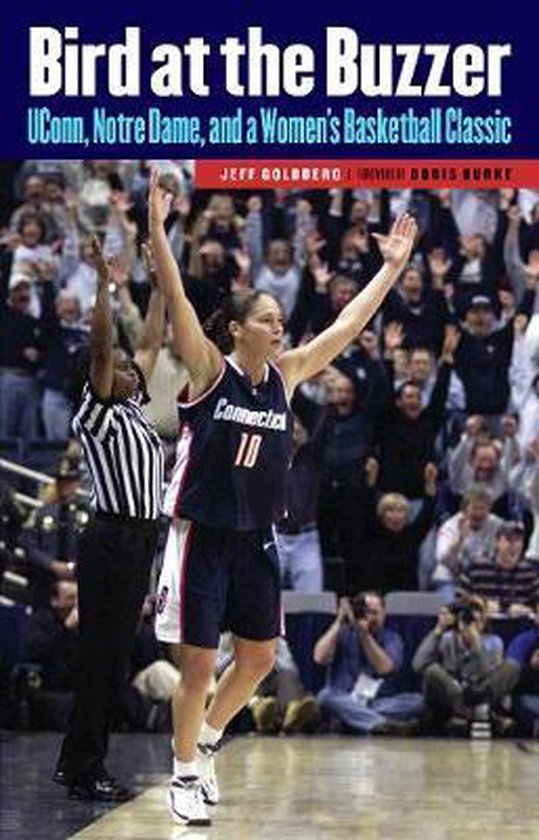 On March 6, 2001, the top two women's college basketball teams in the nation, UConn and Notre Dame, played what was arguably the greatest game in the history of the sport. When UConn's Sue Bird hit a twelve-foot pull-up jumper at the buzzer over national player of the year Ruth Riley in the Big East Tournament championship game, it marked the end of an epic contest that featured five future Olympians and eight first-round WNBA selections. Bird at the Buzzer re-creates this unique season with a detailed account of the games that led up to-and beyond-the tournament finale; profiles of the two coaches, UConn's Geno Auriemma and Notre Dame's Muffet McGraw; close-ups of the players who made the year so memorable; and, finally, an in-depth recap of the game worthy of being designated ESPN's first-ever women's basketball Instant Classic. Author Jeff Goldberg shows us the drama on the court and behind the scenes as the big game pitted Riley and the upstarts from Notre Dame against what many believed was the most talented team in UConn history, under Hall of Fame coach Auriemma. A see-saw affair in which neither team led by more than eight points, the 2001 Big East championship game encapsulates the quintessential inside story of the individual talents and skills, team spirit and smarts, and the moment-by-moment realities of college athletics that made this season a snapshot of sports at its finest.