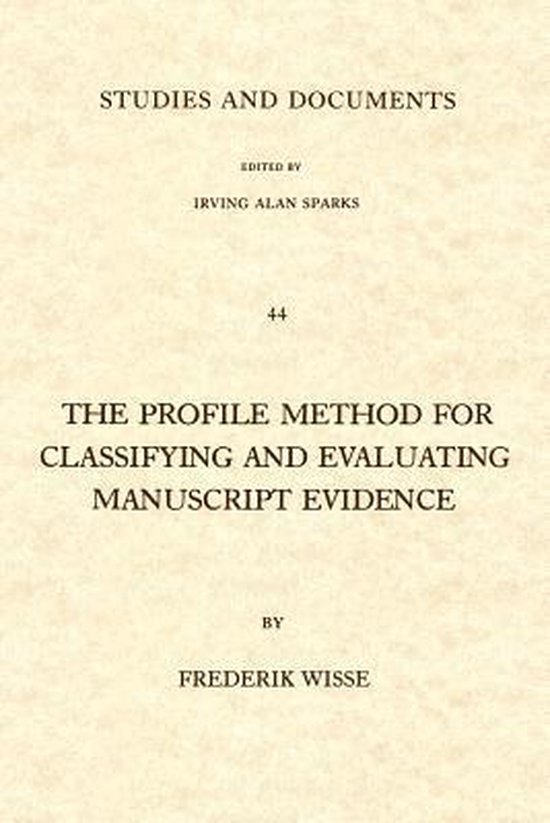 The great number of New Testament manuscripts makes the task of citing evidence in text-critical studies appear to be overwhelming. Since it is not practical to cite all of the manuscript evidence, scholars have attempted to find representative texts. Long ago they noted that many of the manuscripts were related, i.e. certain groups of manuscripts share certain combinations of variants, probably because members of the groups are descendants of the same manuscripts. The profile method is Professor Frederik Wisse's attempt to establish an accurate and rapid procedure for the classification of the manuscript evidence on any ancient text with large manuscript attestation, and to present an adequate basis for the selection of balanced representatives of the whole tradition.