What Do Jews Believe? 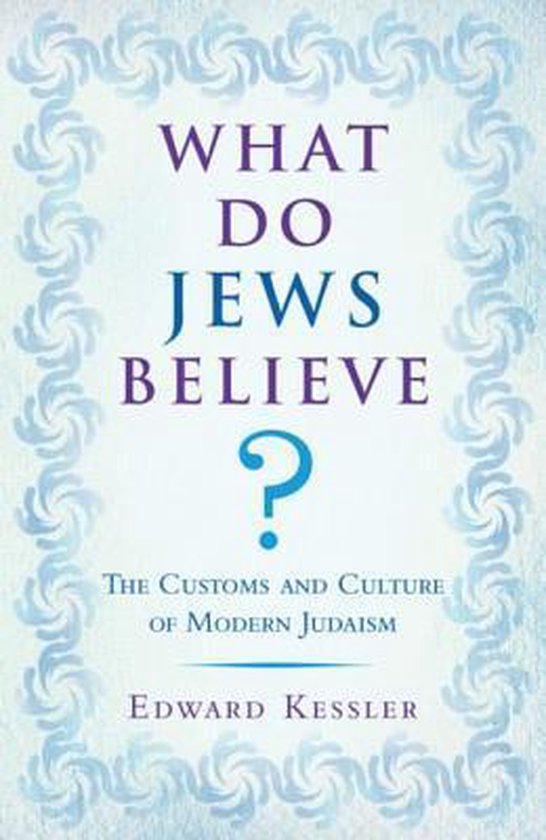 A valuable resource for anyone seeking a basic understanding of what being Jewish is all about.

Judaism is full of different opinions. In fact, no single definition of Judaism is acceptable to all Jews. And Judaism is not simply a series of beliefs; it is a practice and a way of life. Judaism, therefore, consists of a religion, and a culture, and a people.

What Do Jews Believe? explores the variety of ways in which Jews live their lives: religious and secular, Ashkenazi and Sephardi, Jews in Israel and Jews who live in the diaspora. Kessler asks what Judaism means and what it means to be a Jew, and explores the roots of a religion that goes back some four thousand years and was a major influence on the creation and development of both Christianity and Islam. And he examines how and why such a small number of people-amazingly the total worldwide Jewish population is estimated to be only between twelve and fifteen million-have played such a significant role in the world's history. What Do Jews Believe? looks at the roots of anti-Semitism and delves into the Zionist movement and the struggles with Palestine and Arab neighbors-stating objectively the unvarnished and sometimes painful facts of these difficult issues.With a useful chronology of Jewish history from 1800 B.C. to the present, a glossary of terms, a calendar of Jewish festivals, a list of Web resources, and a recommended further reading list.