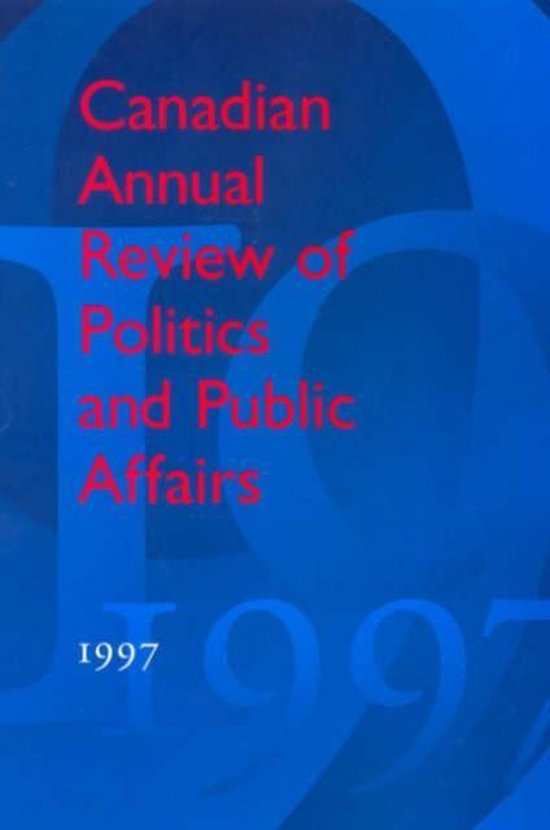 Long praised for its accuracy, readability, and insight, the Canadian Annual Review of Politics and Public Affairs offers a synoptic appraisal of the year's developments in Canadian politics. 1997 was a year of political and economic stability in Canada, and the Federal government was on the verge of a balanced budget. Inflation seemed to have been tamed, and the leading economic policy question was how the expected surpluses should be spent. The primary focuses of the surprise Federal general election campaign, held in 1997 despite Prime Minister Jean Ch tien having 16 months left in his mandate, were on the government's economic record and national unity. The election caused some controversy in Manitoba simply by proceeding, as the province was preoccupied by the worst flooding in more than a century. In Alberta, Premier Ralph Klein also faced the voters again. The low point of the year came when Vancouver played host to an international summit that sparked an outcry over the RCMP's use of pepper-spray on demonstrators. However, 1997 was also the year that Foreign Affairs Minister Lloyd Axworthy successfully challenged world leaders to negotiate a treaty to ban the manufacture and use of anti-personnel landmines, and was able to welcome 122 nations to sign the Ottawa Convention.