Creditor Rights and the Public Interest 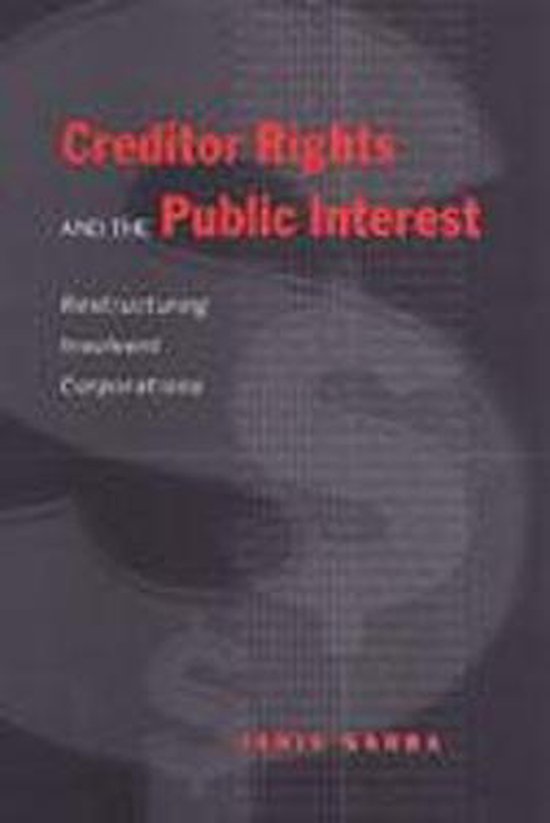 Creditor Rights and the Public Interest supports the greater representation of non-traditional creditors in the process of insolvency restructuring in Canada, concentrating particularly on restructuring under the federal Companies' Creditors' Arrangement Act (CCAA). Arguing in favour of the representation of such non-traditional creditors as workers, consumers, trade suppliers, and local governments, Janis Sarra describes the existing process of addressing their interests, analyzes four case studies that focus on non-creditor groups, and compares the Canadian approach to that of several other countries, such as Germany, France, and the United States. Sarra draws on a comprehensive body of academic literature that covers a broad range of issues-insolvency theory, corporate governance theory, legislative history, and bankruptcy and insolvency practice. She further surveys the relevant legislation and supplements her analysis with insights drawn from extensive primary research of court records and personal interviews with lawyers, judges, and government officials. Creditor Rights and the Public Interest ultimately illustrates the way in which the concept of the public interest can be utilized to foreground the concerns of non-traditional stakeholders. Sarra provides a coherent account of the justification for recognizing these creditors by situating insolvency law in a legal regime that realizes a duty to maximize all of the interests and investments at stake in the corporation. In an academic field where scholarship is currently scarce, Sarra's text will be a welcome contribution.