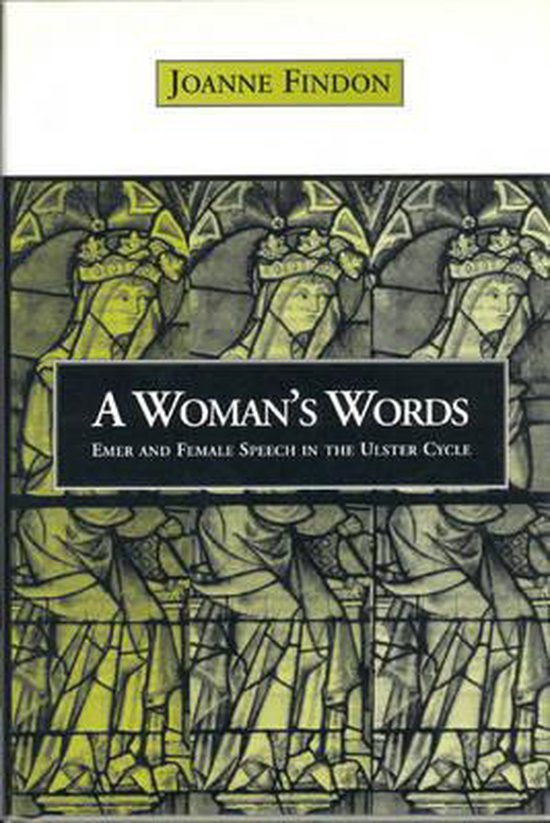 A Woman's Words is the first in-depth analysis of Middle Irish literature from a feminist standpoint, and the first formal critical discussion of the representation of female speech in medieval Irish literature. Joanne Findon analyses the representation of Emer, the wife of the great Irish hero Cu Chulainn, in four linked medieval Irish tales, and discusses Emer's ability to use powerful, effective words to change her fictional world and the audience's reading of that fictional world. A Woman's Words considers Emer as a literary figure rather than a mythic archetype or a reflection of a pre-Christian Celtic goddess. Emer and the narratives she inhabits are discussed as literary constructs, and are considered within the historical and legal milieu in which these tales were told, recorded, and read. Findon places Emer within the wider context of medieval literature in general as an unusual and compelling example of a heroic secular woman, married and fully integrated into her aristocratic society and yet capable of speaking out against its abuses. Her freedom to speak and be heard is remarkable in the light of prevalent later medieval impulses to silence women. By employing speech act theory to analyse Emer's discourse, and by viewing and interpreting the texts through the lens of current feminist criticism, Joanne Findon seeks to bring Middle Irish literature into the arena of current debates, particularly among feminist medievalists, and to offer a new approach to reading female characters in medieval Irish literature.