Presidential Rhetoric and the Public Agenda 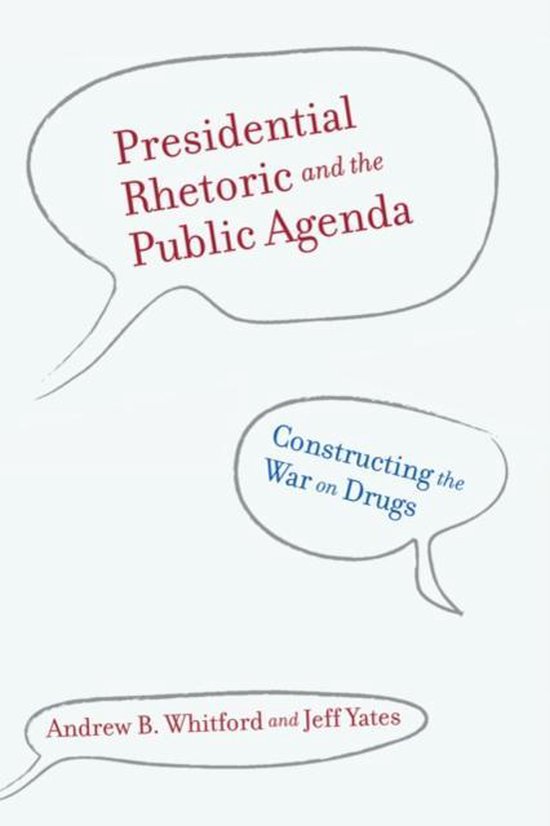 The bully pulpit is one of the modern president's most powerful tools-and one of the most elusive to measure. Presidential Rhetoric and the Public Agenda uses the war on drugs as a case study to explore whether and how a president's public statements affect the formation and carrying out of policy in the United States. When in June 1971 President Richard M. Nixon initiated the modern war on drugs, he did so with rhetorical flourish and force, setting in motion a federal policy that has been largely followed for more than three decades. Using qualitative and quantitative measurements, Andrew B. Whitford and Jeff Yates examine presidential proclamations about battling illicit drug use and their effect on the enforcement of anti-drug laws at the national, state, and local level. They analyze specific pronouncements and the social and political contexts in which they are made; examine the relationship between presidential leadership in the war on drugs and the policy agenda of the Drug Enforcement Administration and the U.S. Attorneys; and assess how closely a president's drug policy is implemented in local jurisdictions. In evaluating the data, this sophisticated study of presidential leadership shows clearly that with careful consideration of issues and pronouncements a president can effectively harness the bully pulpit to drive policy.