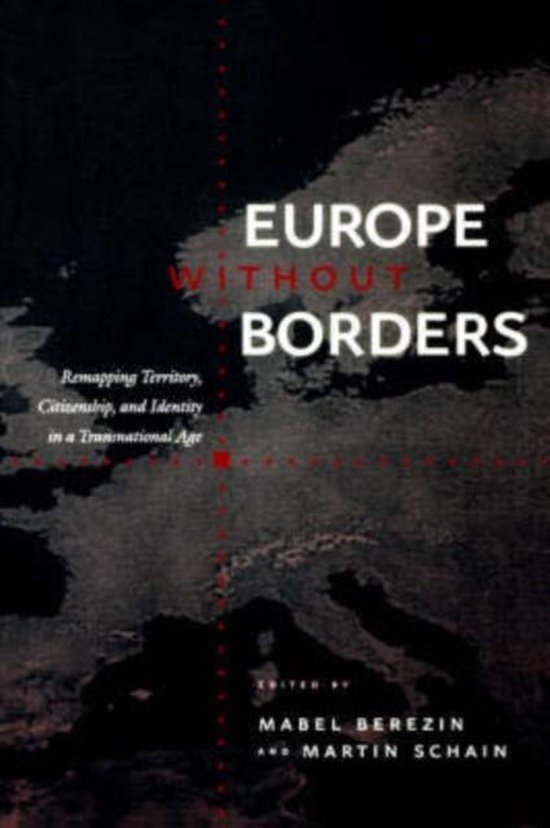 The creation of the European Union in 1992 reflected new economic, political, and cultural realities on the continent. The dissolution of national borders and the easing of transit restrictions on people and goods with Europe, have contributed to a radical rethinking of such basic concepts as national sovereignty and citizenship. In Europe without Borders, Mabel Berezin and Martin Schain bring together leading experts from the fields sociology, political science, geography, psychology, and anthropology to examine the intersection of identity and territory in the new Europe. In this boldly interdisciplinary effort about the impact of reconfiguration, contributors address such topics as how Europeans now see themselves in relation to national identity, whether they identify themselves as citizens of a particular country or as members of a larger sociopolitical entity, how both natives and immigrants experience national and transnational identity at the local level, and the impact of globalization on national culture and the idea of the nation-state. Theoretically sophisticated and empirically informed, the essays explore an emerging global phenomenon that will have profound political, social, and economic consequences in both Europe and around the world. Contributors: John Agnew, UCLA; Roland Axtmann, University of Aberdeen; Mabel Berezin, Cornell University; Neil Brenner, New York University; Craig Calhoun, New York University, President of the Social Science Research Council; Juan Diez-Medrano, University of California, San Diego; Roy Eidelson, University of Pennsylvania; Nicholas Entrikin, UCLA; Riva Kastoryano, Centre d'Etudes et de Recherches Internationales; Krishan Kumar, University of Virginia; Ian Lustick, University of Pennsylvania; Levent Soysal, New York University.