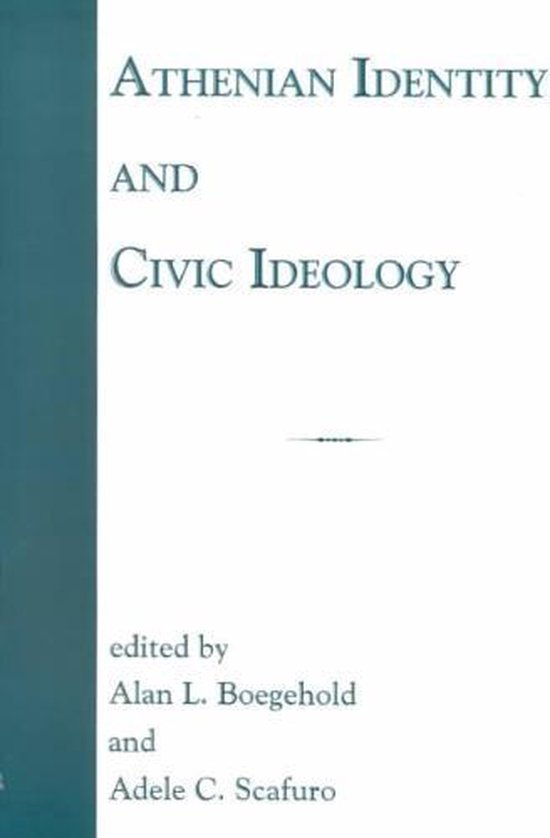 In Athenian Identity and Civic Ideology, Alan Boegehold and Adele Scafuro bring together a distinguished group of scholars who explore the nature and meaning of Athenian citizenship. Departing from the narrow perspective of constitutional historians and also embracing sociological concerns, the editors' range of topics attests to a broad vision of the concepts of citizenship and civic ideology in a society in which the boundary between public and private, sacred and secular, is not always clear. Among the contributors, Philip Brook Manville and W. Robert Connor offer fresh critiques of the study of citizenship, while Frank J. Frost examines pre-Cleisthenic notions of citizenship. Alan Boegehold looks at social and economic motivations for the passage of Perikles's citizenship law of 451/0 B.C. Focusing on the fifth and fourth centuries, Ian Morris discusses changes in the visual manifestation of civic ideology in funeral monuments, while Josiah Ober offers an interpretation of Thucydides's history as a discourse that actively resists hegemonic public discourse. Robert W. Wallace examines what might be perceived as contradictions within civic ideology, namely, alleged infringements of intellectual freedom. In the final essays, with their focus on the fourth and third centuries, Adele Scafuro discusses the process of citizen identification in Athenian society; Cynthia Patterson examines the position of women in the maintenance of civic ideology; and David Konstan considers the relationship between sexual attitudes and civic status.