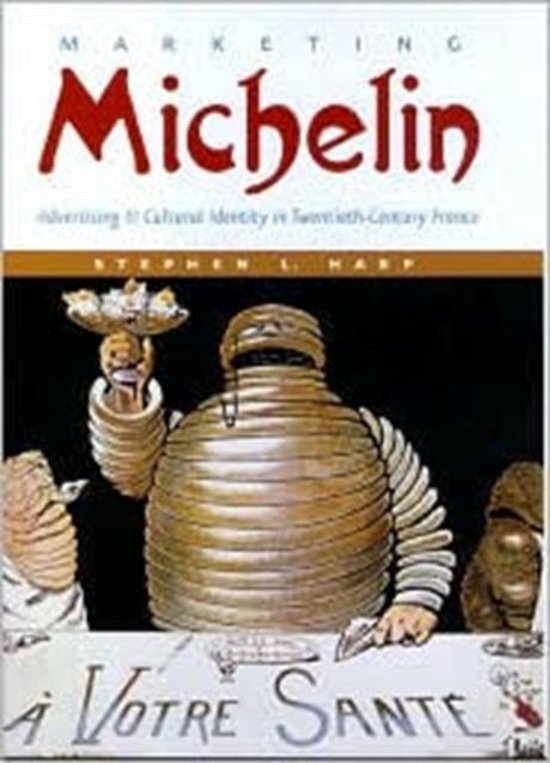 One of the world's largest tire makers and an international corporation with interests in countries around the world, Michelin is also a uniquely French company, one that throughout its history has closely identified itself with the country's people and culture. In the process, it has helped shape the self-image of twentieth-century France. In Marketing Michelin, Stephen Harp provides a provocative history of the company and its innovative advertising campaigns between 1898, when Bibendum-the company's iconic Michelin Man -was first introduced, to 1940, when France fell to the Nazis and the company's top executive, Edouard Michelin, died. Both events indelibly changed the company and the national context in which it operated. Harp uses the familiar figure of Bibendum and the promotional campaigns designed around him to analyze the cultural assumptions of belle-epoque France, including representations of gender, race, and class. He also considers Michelin's efforts to promote automobile tourism in France and Europe through its famous Red Guide (first introduced in 1900), noting that, in the aftermath of World War I, the company sold tour guides to the battlefields of the Western Front and favorably positioned France's participation in the war as purely defensive and unavoidable. Throughout this period, the company successfully identified the name of Michelin with many aspects of French society, from cuisine and local culture to nationalism and colonialism. Michelin also introduced Fordism and Taylorism to France, and Harp offers a nuanced understanding of how the firm effected Americanization and modernization despite the protests of the French public. Through its marketing efforts, Harp concludes, Michelin exerted a profound impact on France's cultural identity in the twentieth century. His ambitious study offers a fresh perspective on both French social history in these years and the relationship between corporate culture and popular culture in the twentieth century.