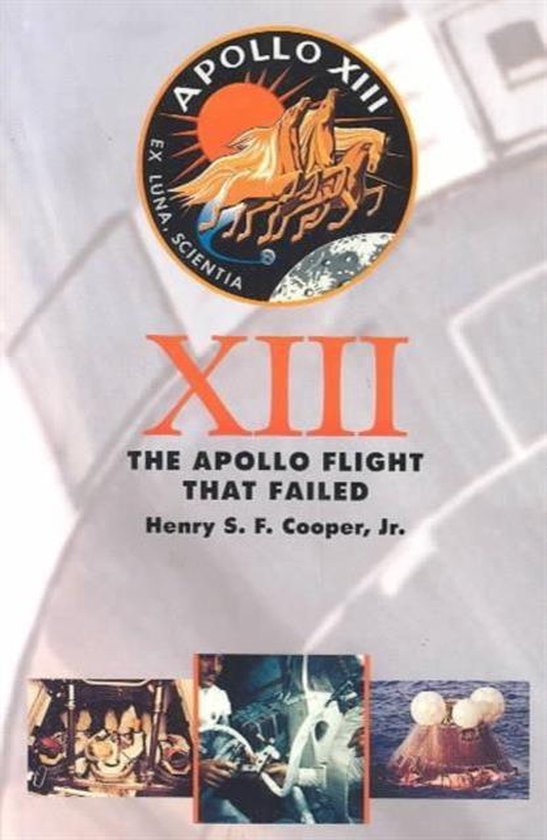 On April 13, 1970, some 205,000 miles from Earth, an explosion rocked the moon-bound Apollo 13, taking our both engines of the command module and crippling the life-support system. Guided by the ground crew in Huston, the crew took refuge in the lunar module and used its engines, almost in the fashion of an outboard motor, to maneuver the craft around the moon and back toward Earth. With temperatures in the module below freezing, water in short supply, and one crew member seriously ill, the astronauts and the ground crew struggles to manuipulate machines into doing things they were never meant to do. Long unavailable, Thirteen: The Apollo Flight That Failed ia a riveting, minute by minute acount of the only madded NASA mission to have malfunctioned outside Earth's orbit. Henry Cooper takes readers behind the scenes in this story of unprecedented crisis that severely tested NASA's button-down ethic of the time-forcing technological improvisation on an organization built on caution and procedure.