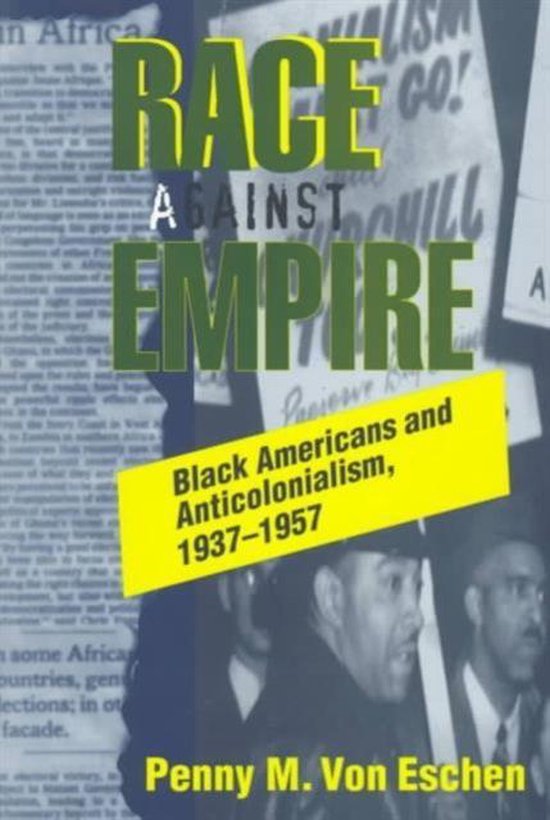 During World War II, African American activists, journalists, and intellectuals forcefully argued that independence movements in Africa and Asia were inextricably linkep to political, economic, and civil rights struggles in the United States. Marshaling evidence from a wide array of international sources, including the black presses of the time, Penny M. Von Eschen offers a vivid portrayal of the African diaspora in its international heyday, from the 1945 Manchester Pan-African Congress to early cooperation with the United Nations.Race against Empire tells the poignant story of a popular movement and its precipitate decline with the onset of the Cold War. Von Eschen documents the efforts of African-American political leaders, intellectuals, and journalists who forcefully promoted anti-colonial politics and critiqued U.S. foreign policy. The eclipse of anti-colonial politics-which Von Eschen traces through African-American responses to the early Cold War, U.S. government prosecution of black American anti-colonial activists, and State Department initiatives in Africa-marked a change in the very meaning of race and racism in America from historical and international issues to psychological and domestic ones. She concludes that the collision of anti-colonialism with Cold War liberalism illuminates conflicts central to the reshaping of America; the definition of political, economic, and civil rights; and the question of who, in America and across the globe, is to have access to these rights.Exploring the relationship between anticolonial politics, early civil rights activism, and nascent superpower rivalries, Race against Empire offers a fresh perspective both on the emergence of the United States as the dominant global power and on the profound implications of that development for American society.