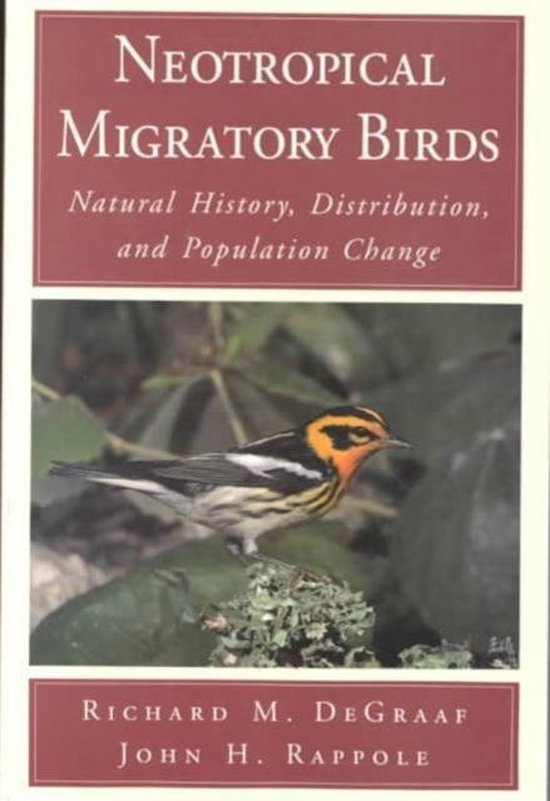 Thrushes, warblers, vireos, and tanagers are probably the most familiar of the Neotropical migrants-birds that breed in the United States and Canada, then journey to spend the winter in the Caribbean, Mexico, or southward. But this extraordinary group actually comprises a large number of diverse species, including waterfowl, shorebirds, terns, hawks, flycatchers, and hummingbirds. In their compendious review of information on these birds, Richard M. DeGraaf and John H. Rappole illuminate the need for a thorough understanding of the ecology of each species, one that exte4nds throughout the entire life cycle. The authors argue convincingly that conservation efforts must be based on such an understanding and carried out across a species' range-not limited to the breeding grounds. This book is the first to summarize in one volume much-needed practical data about the distribution and breeding habitat requirements of migratory birds in North and South America. The body of the book consists of natural history accounts of more than 350 species of Neotropical migrants, including a brief description of each bird's range, status, habitats on breeding grounds, nest site, and wintering areas. The authors provide a complete range map of each species' distribution in the Western Hemisphere as well as notes on the distribution-basic data that until recently have largely been unavailable in usable form to ornithologists and land and resource managers. An appendix lists species that are increasing or decreasing at significant rates in various physiographic regions of North America.