Autobiography of a Farm Boy 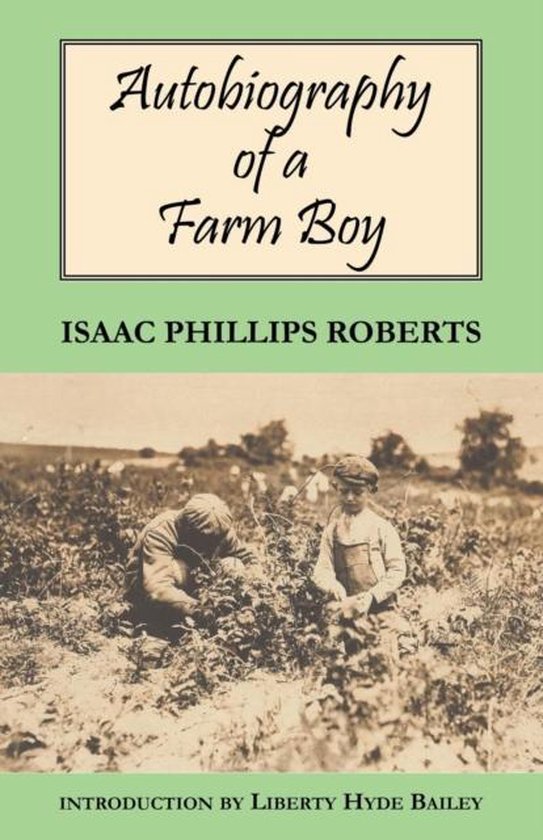 This autobiography of the first Dean of the College of Agriculture at Cornell University offers an unconventional account of farm life in New York and the Middle West during the nineteenth century, and of the difficulties attendant upon building up a vital and progressive agricultural college. Born in Seneca County, New York, in 1833, Isaac Phillips Roberts emigrated west-first to Indiana, where he worked as a carpenter until he was able to buy a farm, and taught school during the winters; then, in 1862, to Mount Pleasant, Iowa, in a pioneer wagon with his wife, Margaret, and daughter. In 1869, he became the Superindent of the Farm and Secretary of the Board of Trustees of the Iowa Agricultural College at Ames, where he soon became Professor of Agriculture. In 1873, he returned to New York to take a similar position at Cornell University; shortly thereafer, he was made Dean of the Faculty of Agriculture and Director of the Experiment Station. During his thirty years of service in Ithaca, he wrote voluminously on agricultural subjects, and after his retirement, penned Autobiography of a Farm Boy, initially published in 1916, reissued by Cornell University Press in 1946, and now made available in paperback. He died in Palo Alto, California, in 1928.