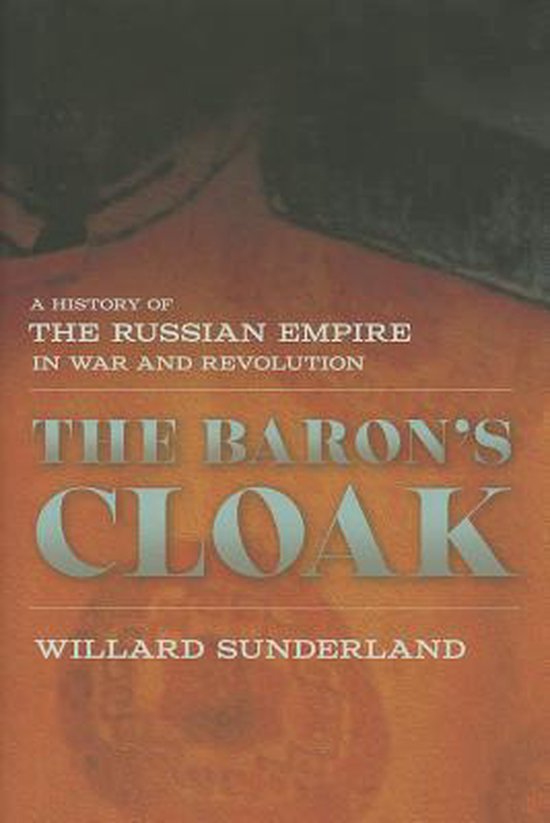 Baron Roman Fedorovich von Ungern-Sternberg (1885-1921) was a Baltic German aristocrat and tsarist military officer who fought against the Bolsheviks in Eastern Siberia during the Russian Civil War. From there he established himself as the de facto warlord of Outer Mongolia, the base for a fantastical plan to restore the Russian and Chinese empires, which then ended with his capture and execution by the Red Army as the war drew to a close. In The Baron's Cloak, Willard Sunderland tells the epic story of the Russian Empire's final decades through the arc of the Baron's life, which spanned the vast reaches of Eurasia. Tracking Ungern's movements, he transits through the Empire's multinational borderlands, where the country bumped up against three other doomed empires, the Habsburg, Ottoman, and Qing, and where the violence unleashed by war, revolution, and imperial collapse was particularly vicious. In compulsively readable prose that draws on wide-ranging research in multiple languages, Sunderland re-creates Ungern's far-flung life and uses it to tell a compelling and original tale of imperial success and failure in a momentous time. Sunderland visited the many sites that shaped Ungern's experience, from Austria and Estonia to Mongolia and China, and these travels help give the book its arresting geographical feel. In the early chapters, where direct evidence of Ungern's activities is sparse, he evokes peoples and places as Ungern would have experienced them, carefully tracing the accumulation of influences that ultimately came together to propel the better documented, more notorious phase of his career. Recurring throughout Sunderland's magisterial account is a specific artifact: the Baron's cloak, an essential part of the cross-cultural uniform Ungern chose for himself by the time of his Mongolian campaign: an orangey-gold Mongolian kaftan embroidered in the Khalkha fashion yet outfitted with tsarist-style epaulettes on the shoulders. Like his cloak, Ungern was an imperial product. He lived across the Russian Empire, combined its contrasting cultures, fought its wars, and was molded by its greatest institutions and most volatile frontiers. By the time of his trial and execution mere months before the decree that created the USSR, he had become a profoundly contradictory figure, reflecting both the empire's potential as a multinational society and its ultimately irresolvable limitations.