The Mind of Thucydides 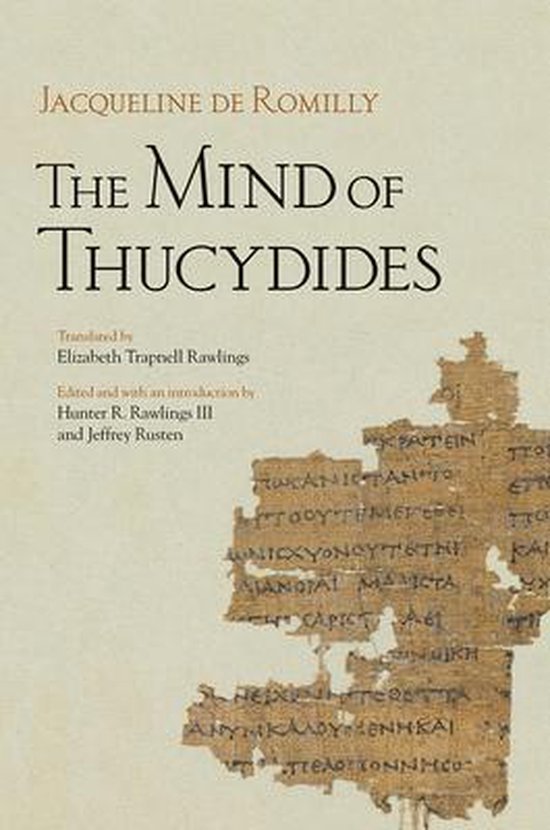 The publication of Jacqueline de Romilly's Histoire et raison chez Thucydide in 1956 virtually transformed scholarship on Thucydides. Rather than mining The Peloponnesian War to speculate on its layers of composition or second-guess its accuracy, it treated it as a work of art deserving rhetorical and aesthetic analysis. Ahead of its time in its sophisticated focus upon the verbal texture of narrative, it proved that a literary approach offered the most productive and nuanced way to study Thucydides. Still in print in the original French, the book has influenced numerous Classicists and historians, and is now available in English for the first time in a careful translation by Elizabeth Trapnell Rawlings. The Cornell edition includes an introduction by Hunter R. Rawlings III and Jeffrey Rusten tracing the context of this book's original publication and its continuing influence on the study of Thucydides. Romilly shows that Thucydides constructs his account of the Peloponnesian War as a profoundly intellectual experience for readers who want to discern the patterns underlying historical events. Employing a commanding logic that exercises total control over the data of history, Thucydides uses rigorous principles of selection, suggestive juxtapositions, and artfully opposed speeches to reveal systematic relationships between plans and outcomes, impose meaning on the smallest events, and insist on the constant battle between intellect and chance. Thucydides' mind found in unity and coherence its ideal of historical truth.