She Was One of Us 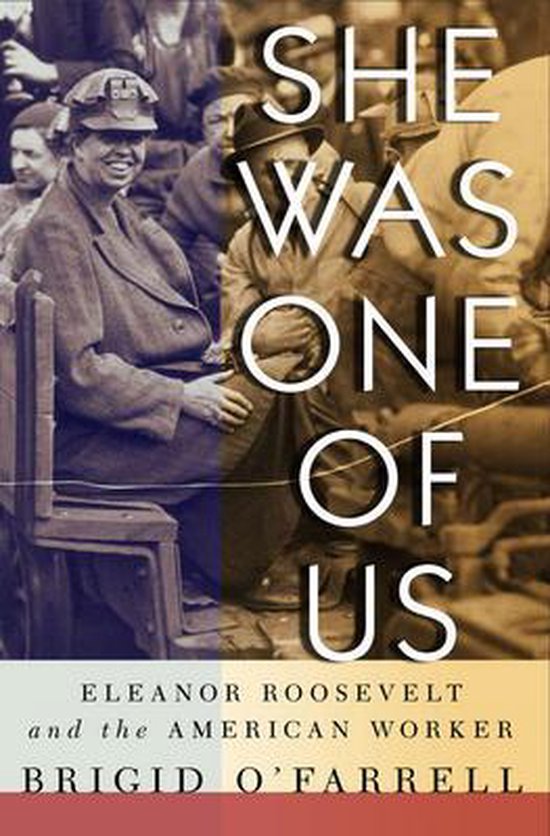 Although born to a life of privilege and married to the President of the United States, Eleanor Roosevelt was a staunch and lifelong advocate for workers and, for more than twenty-five years, a proud member of the AFL-CIO's Newspaper Guild. She Was One of Us tells for the first time the story of her deep and lasting ties to the American labor movement. Brigid O'Farrell follows Roosevelt-one of the most admired and, in her time, controversial women in the world-from the tenements of New York City to the White House, from local union halls to the convention floor of the AFL-CIO, from coal mines to political rallies to the United Nations. Roosevelt worked with activists around the world to develop a shared vision of labor rights as human rights, which are central to democracy. In her view, everyone had the right to a decent job, fair working conditions, a living wage, and a voice at work. She Was One of Us provides a fresh and compelling account of her activities on behalf of workers, her guiding principles, her circle of friends-including Rose Schneiderman of the Women's Trade Union League and the garment unions and Walter Reuther, the most dangerous man in Detroit -and her adversaries, such as the influential journalist Westbrook Pegler, who attacked her as a dilettante and her labor allies as thugs and extortioners. As O'Farrell makes clear, Roosevelt was not afraid to take on opponents of workers' rights or to criticize labor leaders if they abused their power; she never wavered in her support for the rank and file. Today, union membership has declined to levels not seen since the Great Depression, and the silencing of American workers has contributed to rising inequality. In She Was One of Us, Eleanor Roosevelt's voice can once again be heard by those still working for social justice and human rights.