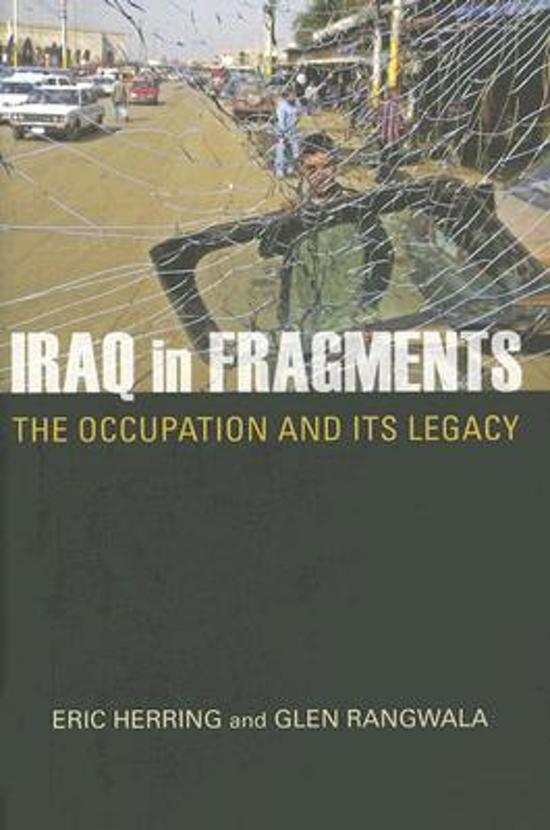 When the United States led the invasion of Iraq in March 2003, it expected to be able to establish a prosperous liberal democracy with an open economy that would serve as a key ally in the region. It sought to engage Iraqi society in ways that would defeat any challenge to that state building project and U.S. guidance of it. Eric Herring and Glen Rangwala argue that state building in Iraq has been crippled less by preexisting weaknesses in the Iraqi state, Iraqi sectarian divisions or U.S. policy mistakes than by the fact that the US has attempted-with only limited success-to control the parameters and outcome of that process. They explain that the very nature of U.S. state-building in Iraq has created incentives for unregulated local power struggles and patron-client relations. Corruption, smuggling, and violence have resulted.The main legacy of the US-led occupation, the authors contend, is that Iraq has become a fragmented state-that is, one in which actors dispute where overall political authority lies and in which there are no agreed procedures for resolving such disputes. As long as this is the case, the authority of the state will remain limited. Technocratic mechanisms such as training schemes for officials, political fixes such as elections, and the coercive tools of repression will not be able to overcome this situation.Placing the occupation within the context of regional, global, and U.S. politics, Herring and Rangwala demonstrate how the politics of co-option, coercion, and economic change have transformed the lives and allegiances of the Iraqi population. As uncertainty about the future of Iraq persists, this volume provides a much-needed analysis of the deeper forces that give meaning to the daily events in Iraq.