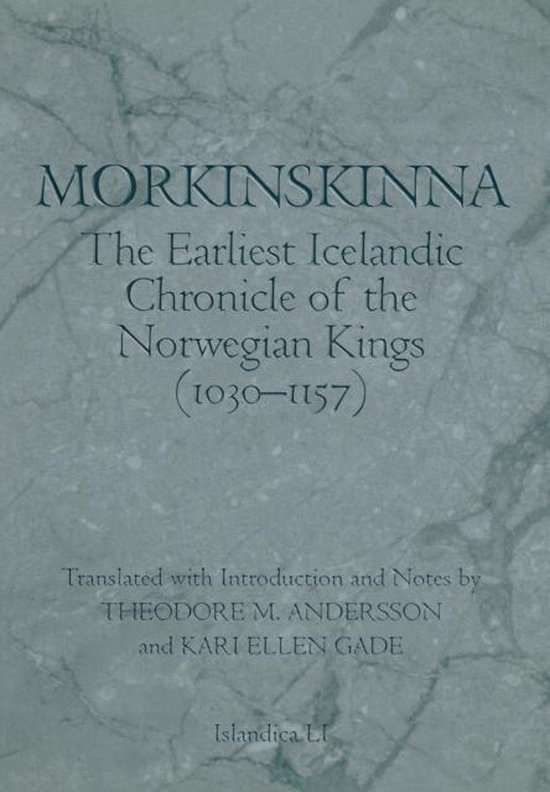 Morkinskinna ( rotten parchment ), the first full-length chronicle of the kings of medieval Norway (1030-1157), forms the basis of the Icelandic chronicle tradition. Based ultimately on an original from ca. 1220, the single defective manuscript was written in Iceland ca. 1275. The present volume, the first translation of Morkinskinna in any language, makes this literary milestone available to a general readership, with introduction and commentary to clarify its position in the history of medieval Icelandic letters. The book is designed to be used by readers with no knowledge of Icelandic. The translation is keyed to, and may be used in conjunction with, the existing diplomatic editions. Notes on the manuscript problems, as well as introductory and appended matter, augment the text. Above all, Kari Ellen Gade's edition of the skaldic stanzas provides a substantial initial step toward a future edition of the Icelandic text: Morkinskinna is the first large-scale repository of skaldic verse. Morkinskinna also includes many semi-independent tales that recount the adventures of individual Icelanders at the Norwegian court. These tales, with their often humorous or ironic inflections, shift the focus of the chronicle from the deeds of the kings to the Icelandic perception of Norwegian royalty.