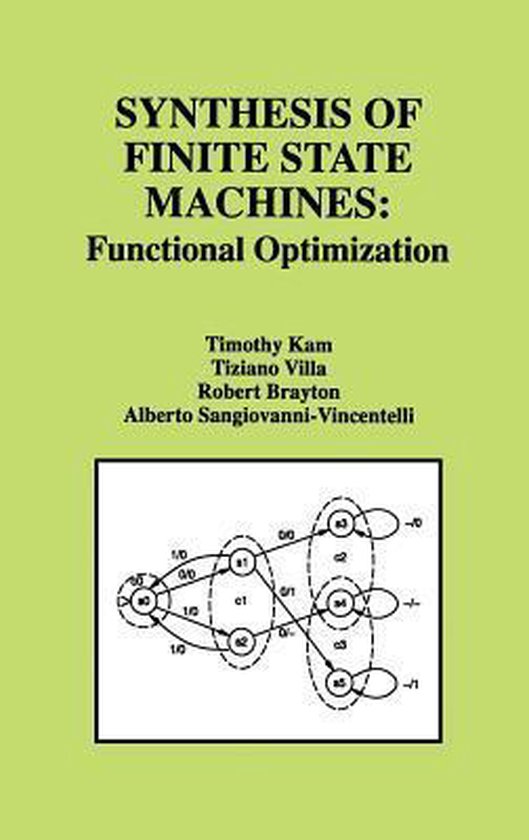 Synthesis of Finite State Machines: Functional Optimization is one of two monographs devoted to the synthesis of Finite State Machines (FSMs). This volume addresses functional optimization, whereas the second addresses logic optimization. By functional optimization here we mean the body of techniques that: compute all permissible sequential functions for a given topology of interconnected FSMs, and select a best' sequential function out of the permissible ones. The result is a symbolic description of the FSM representing the chosen sequential function. By logic optimization here we mean the steps that convert a symbolic description of an FSM into a hardware implementation, with the goal to optimize objectives like area, testability, performance and so on. Synthesis of Finite State Machines: Functional Optimization is divided into three parts. The first part presents some preliminary definitions, theories and techniques related to the exploration of behaviors of FSMs. The second part presents an implicit algorithm for exact state minimization of incompletely specified finite state machines (ISFSMs), and an exhaustive presentation of explicit and implicit algorithms for the binate covering problem. The third part addresses the computation of permissible behaviors at a node of a network of FSMs and the related minimization problems of non-deterministic finite state machines (NDFSMs). Key themes running through the book are the exploration of behaviors contained in a non-deterministic FSM (NDFSM), and the representation of combinatorial problems arising in FSM synthesis by means of Binary Decision Diagrams (BDDs). Synthesis of Finite State Machines: Functional Optimization will be of interest to researchers and designers in logic synthesis, CAD and design automation.