Holism and Reductionism in Biology and Ecology 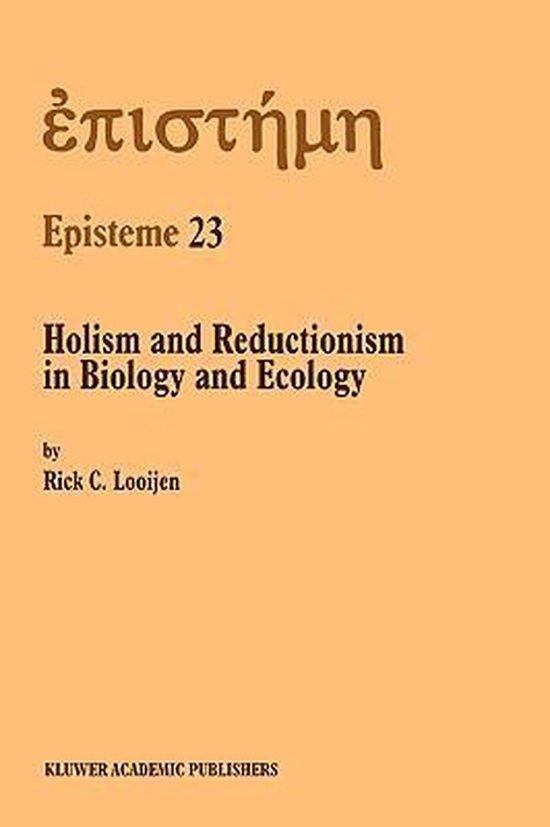 Holism and reductionism are traditionally seen as incompatible views or approaches to nature. Here Looijen argues that they should rather be seen as mutually dependent and hence co-operating research programmes. He sheds some interesting new light on the emergence thesis, its relation to the reduction thesis, and on the role and status of functional explanations in biology. He discusses several examples of reduction in both biology and ecology, showing the mutual dependence of holistic and reductionist research programmes. Ecologists are offered separate chapters, clarifying some major, yet highly and controversial ecological concepts, such as `community', `habitat', and `niche'. The book is the first in-depth study of the philosophy of ecology. Readership: Specialists in the philosophy of science, especially the philosophy of biology, biologists and ecologists interested in the philosophy of their discipline. Also of interest to other scientists concerned with the holism-reductionism issue.