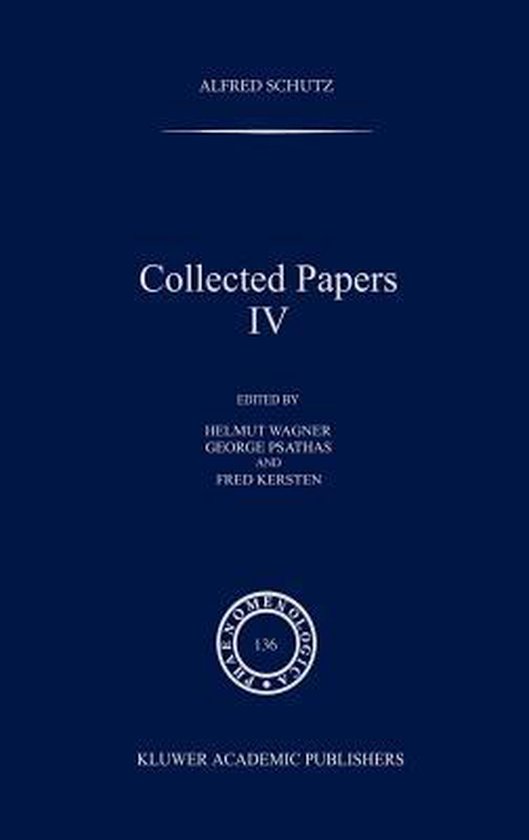 Following the thematic divisions of the first three volumes of Alfred Schutz's Collected Papers into The Problem of Social Reality, Studies in Social Theory and Phenomenological Philosophy, this fourth volume contains drafts of unfinished writings, drafts of published writings, translations of essays previously published in German, and some largely unpublished correspondence. The drafts of published writings contain important material omitted from the published versions, and the unfinished writings offer important insights into Schutz's otherwise unpublished ideas about economic and political theory as well as the theory of law and the state. In addition, a large group contains Schutz's reflections on problems in phenomenological philosophy, including music, which both supplement and add new dimensions to his published thought. All together, the writings in this volume cover Schutz's last 15 years in Europe as well as manuscripts written after his arrival in the USA in 1939.
Audience: Students and scholars of phenomenology, social theory and the human sciences in general.