The Language of Propositions and Events 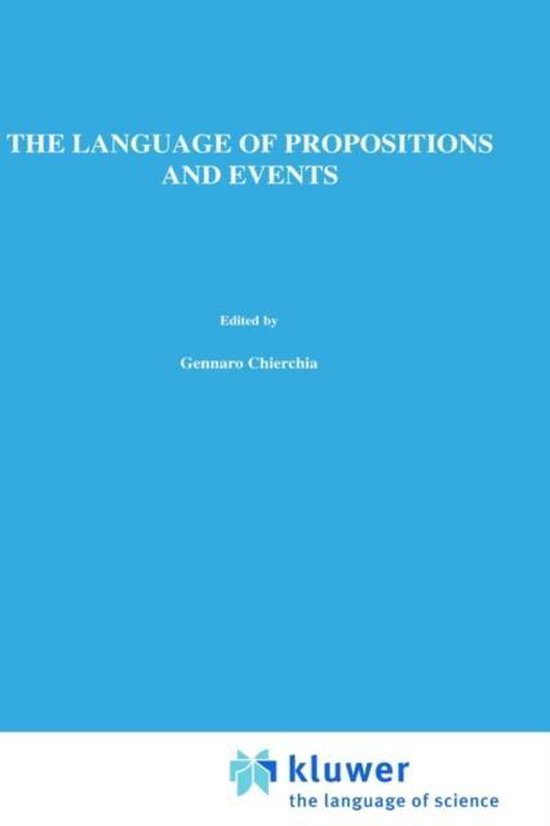 At a superficial examination, English has different types of nominals with similar meaning and distribution: (1)a. John's performance ofthe song b. J ohn' s performing of the song c. John's performing the song d. the fact that John performs the song These nominals are also perceived by English speakers to be related to the same sentential construction: (2) John performs the song A more accurate inspection reveals, however, that the nominals in (1) differ both in their distribution and in the range of interpretations they allow. An adequate theory of nominalization should explicate rigorously how nominals of the types in (1) are related to sentential construction (2), and should also account for their distributional differences and meaning differences. The task of this book is to develop such a theory. I defend two main theses. The first is that, in order to provide an adequate semantics for the nominals in (1), one needs to distinguish among three types of entities in the domain of discourse (in addition to the type of ordinary individuals): events, propositions, and states xiii XIV PREFACE of affairs. I argue that the nominals in (1) differ in their ability to denote entities of these types and that predicates differ in their ability to select for them.